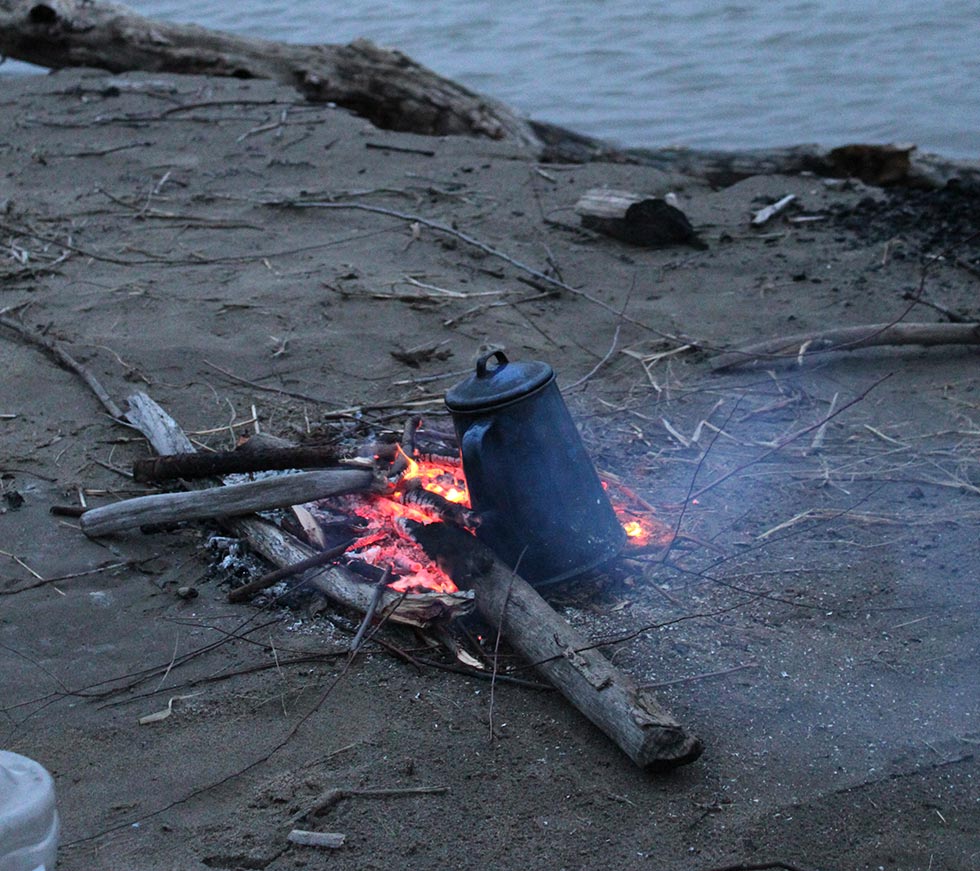 The air was cold, a few degrees above freezing. A north wind tried to aggravate us, but Cora blocked its best gusts. Cora is the island on our port side. We’d survived the toughest part of the trip: launching a 20-foot canoe into a swift current.

“The Missouri River moves fast when the channel comes close to the bank,” Mike Clark said. We paddled away from the Columbia Bottoms access point, into the middle of the river.

“Heron,” I pointed off the bow. Herons are good luck.

In the distance, south of the confluence of two great rivers, we watched a thousand pelicans take low flight, and move like a shimmering school of fish to another feeding spot. An immature bald eagle flew across the water to the treetops. 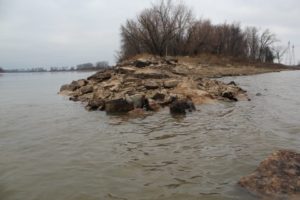 “This is in the middle of a metropolitan area,” Mike said. “But out here, we’re away from all that…most of it, anyway.” All three of us could see the big white columns of smoke and steam from the Wood River refineries. The north wind pushed the steam down the Mississippi flyway.

We stopped on the peninsula to check on the saplings that Greg had planted last fall. “I figure one in ten will survive,” Greg said, as he bent to examine a protective sleeve around one of the sapling’s trunks. “But with good conditions, half of them might make it.”

“Portage des Sioux is up there,” Mike pointed upriver to the point where native Americans used to carry their canoes across the narrowest strip of this peninsula, from one great river to the other. By portaging their gear overland, they saved a 25-mile paddle around the point. It was also the site of the Treaties of Portage des Sioux, which hastened the displacement of the Mississippi tribal cultures. And a hungry Manifest Destiny moved west.

But the spirits that guided the native inhabitants, they’re here. The plants. The wildlife. The moon. And the point where two sacred rivers join together.

We paddled to the point.