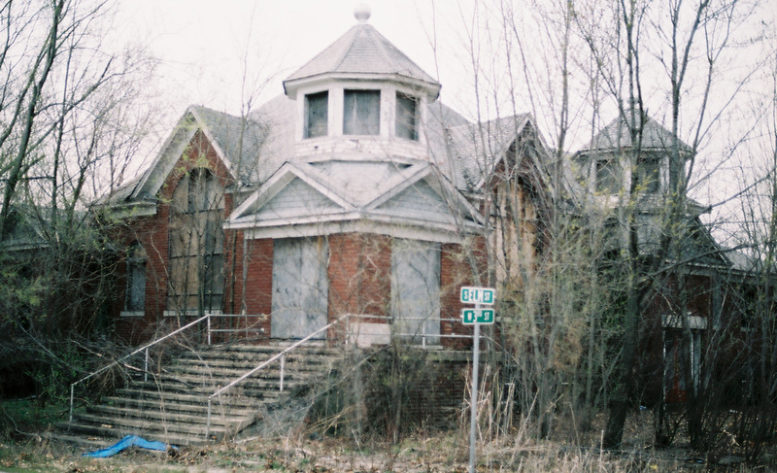 The Great Flood of 1993 pushed the Grand River into the streets and homes of Pattonsburg and residents moved up the hill to form a new Pattonsburg. They left behind beautiful buildings like the old Methodist Church.

When Ang Lee was scouting locations for his movie Ride with the Devil–the story of the burning of Lawrence, Kansas–he found the perfect set in the abandoned Pattonsburg. The production brought millions of dollars into the area. And the future looked bright for old Pattonsburg. As a movie set it could dress up to look like the 1870s or the 1930s. But local leaders said no, they preferred to raze the empty town, citing too much cost to patrol the area to keep vagrants and partiers out.