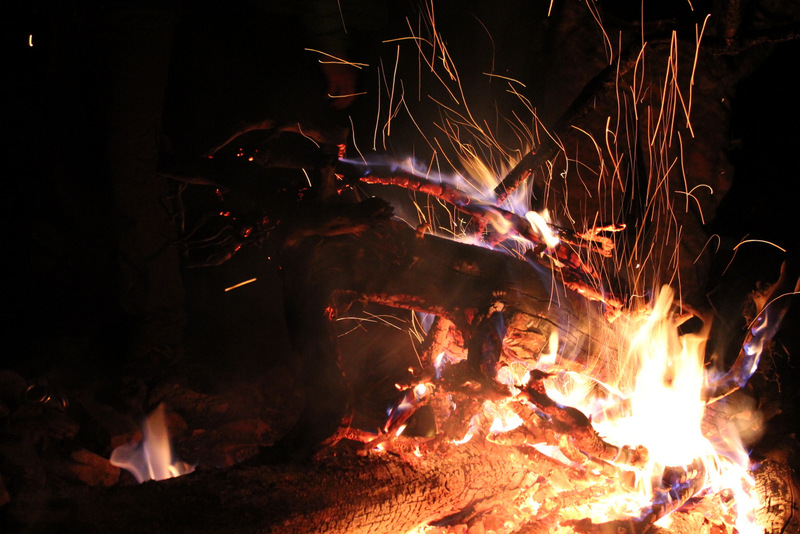 If you wanted to hide from creditors or a hit man, Lake Wappapello would do nicely. Isolated in rugged hills, wholly surrounded by the thick woods of Mark Twain National Forest, the lake stands apart from the crowd.
Driving to the campsite, I knew I was in for a lonely night. Winter was nigh, and Erifnus and I had Wappapello State Park to ourselves. The park already had cut their seasonal employees, and only a caretaker couple and I shared opposite ends of the 1,800 acres of land surrounded on three sides by water. Here I was, on a peninsula overlooking a beautiful lake, all by myself. It was dark, of course, and I’d built a good fire. I drank a beer and tended the fire. But I was tired from driving 600 miles of crisscross through the flat terrain of a drained swamp.
Winter chill was creeping through the layers of clothing. I crawled inside my tent and zipped the flap shut, slipped inside my sleeping bag, and drifted off to … wait a minute. What was that?
Footsteps in the leaves. It was unmistakable. Something was walking toward my tent. I knew it probably wasn’t human. Maybe it was a deer. Or a bear. Mountain lion? I hear they’re making a comeback in these hills.
My curiosity grew with each approaching footstep. The intruder passed between my campfire and me, casting a huge shadow on the wall of my tent. The monster ambled off down the narrow peninsula. I knew it would have to come back, since there was only one way out. In the meantime, I jumped out of my sleeping bag and threw every stick of wood within reach onto the fire.
Sure enough, after a few minutes I heard the rustle of leaves, getting louder as the animal approached my tent. I shone my flashlight, and saw the reflection in its eyes. It was low slung, with two white stripes down its furry black back. A skunk.
“You little shit,” I scolded her, not too dramatically. She was unfazed, and kept doing what she was conditioned to do around the discarded trash from hundreds of careless campers…look for food scraps. I had none, and told her so. She didn’t take my word for it, but once she was satisfied that I was telling the truth, she ambled off up the hill. I went back to my sleeping bag and slept like a baby, snoring sweet fresh air.