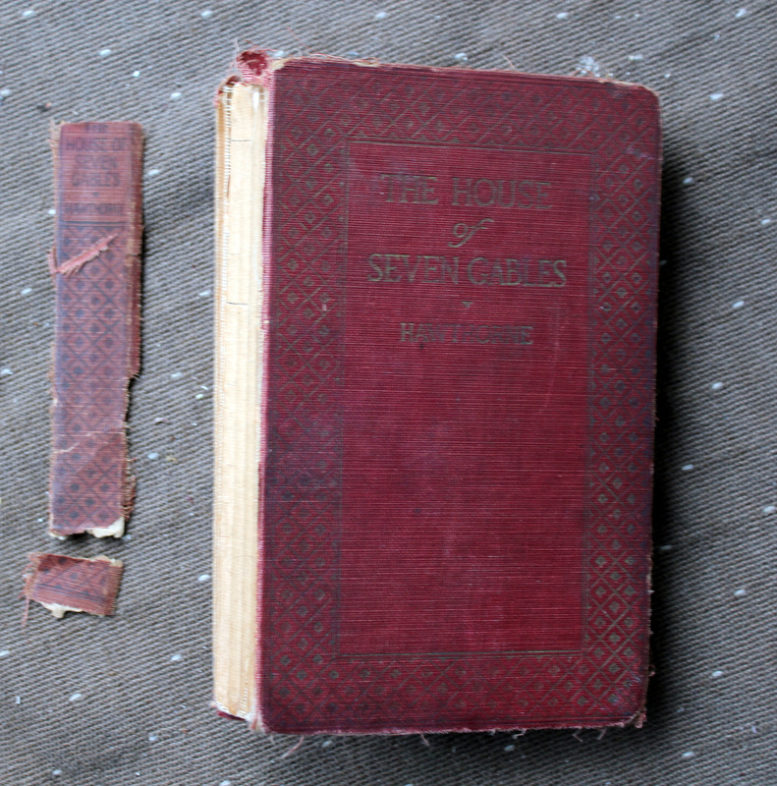 Two agonizing pages into The House of the Seven Gables, the spine on my book fell off.

Should I keep reading?

The book itself was old and brittle, stiff as its author’s language. But I kept reading, whereupon from the middle of its yellowed pages, an ominous bookmark fell out. Instantly I saw the words In Remembrance.

America’s little shirt pocket-sized funeral programs haven’t changed format since Nathaniel Hawthorne died, I suspect. This program hadn’t seen daylight for 66 years. It was a farewell to Allen G. Robinson. Allen was my uncle but I never met him; he died three years before I was born. His youngest brother–my father–told me Allen died from consumption.

Whenever dad told Allen’s story, it came out as a cautionary tale. Allen lived wild and fast. Nightlife, booze, cool convertibles, and always women. He died short of his 44th birthday.

The book–the one that spilled Allen’s remembrance–must have come into my father’s possession some time before that 1949 Hannibal funeral. He might have inherited it from one of two dozen old one-room schoolhouses dad closed down. Dad didn’t ask for that job. But state education leaders thought he had the bedside manner to tell his country neighbors that their tiny schools were going to die, and whole families, whole towns, would be swallowed by conformity and efficiency. So dad was the guinea pig for Missouri’s public school reorganization, and the small thanks he got came from dusty old books left behind in those abandoned one-room schools.

The book sat on my shelf until it shouted itself onto my reading list. It’s a small book, a short novel, and therefore attractive, in my quest to read as many classics as possible before I die. Hawthorne reigned at a time when a thousand words were more ready than a picture, and the first two pages of The House of the Seven Gables tortured my labored reading until I accustomed to the author’s cadence, flowery and Victorian, dusky as the old house itself, but descriptive as Hell.