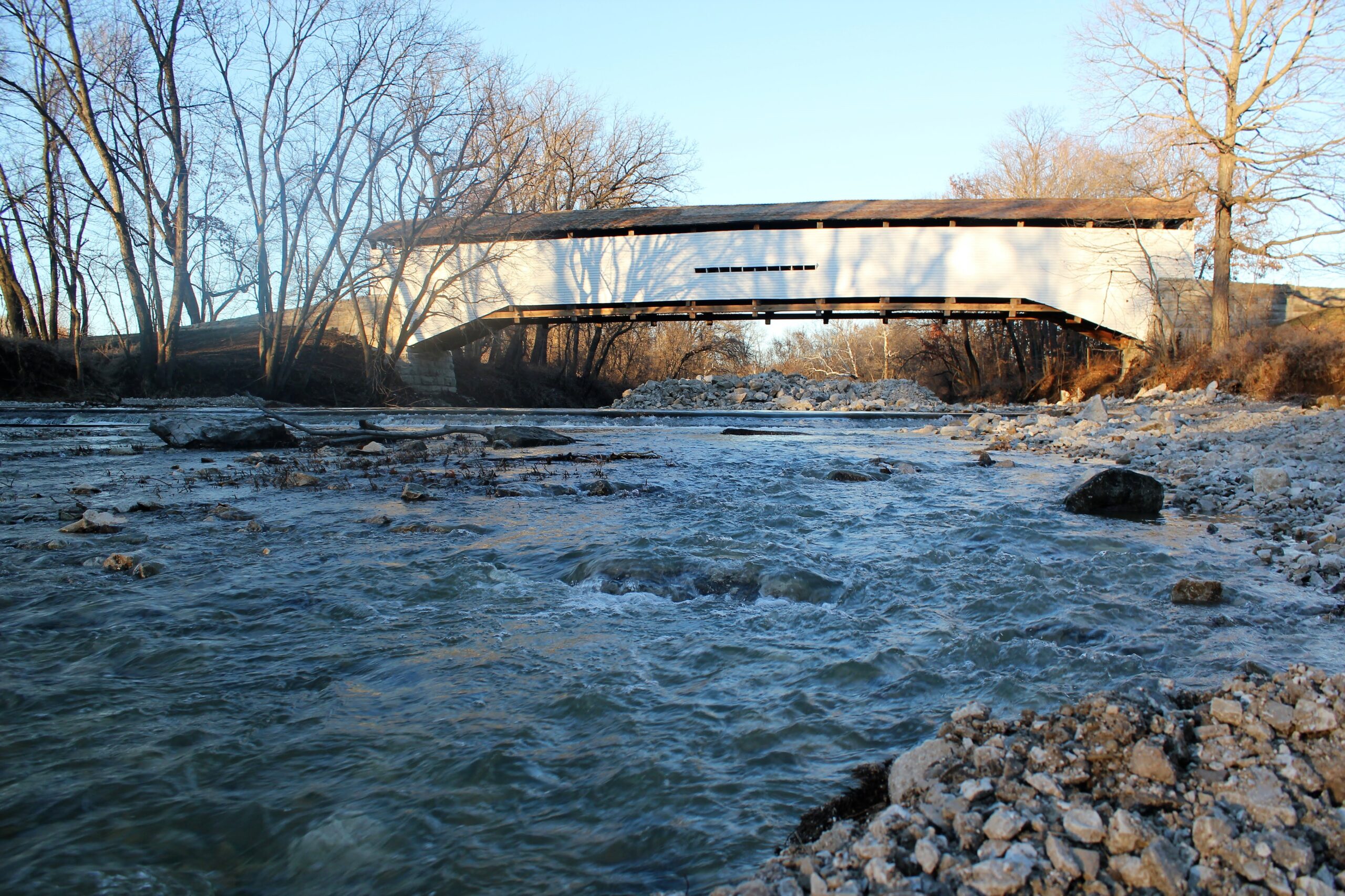 I was running late. Hannibal was still an hour away. So I took a short cut.

My Pontiac was making good time on the backroads, slicing down straightaways that squeeze between flat soybean fields, fallow before spring planting. Oncoming cars were few. The road’s companion telephone lines drooped and rose in rhythm from one pole to the next. My eyes fell into a familiar trance, counting yellow dashes along the center line, the dashes that signal it’s okay to pass. But there was no need to pass. Flying solo just below the telephone lines, just above the speed limit, my car and I were alone together on this road.

The detour was working well, until I made an unplanned turn, and another. By the end, my journey had stretched ten thousand times longer than the road to Hannibal.

That first unplanned turn was an impulse. A simple brown sign changed my course. Oh, I’d seen these signs before, hundreds of them, each pointing to some out-of-the-way attraction that requires too much time.

But this sign broke my momentum and turned my wheels onto a path that was stronger than gravity.  The arrow on that sign pushed me into an obsession that deepened with every turn, and didn’t stop until I’d driven every mile of every road on my highway map.

To this day I cannot say why I did it. I cannot point to one reason that propelled me through this journey, other than curiosity or adventure.

Some people become obsessed with wealth and power. Some immerse into drugs or alcohol, or sex or salvation or shoes. They each take a path, a road to success or fulfillment or happiness or heaven. My goal became the road itself. All of them. My tools were a car and time. And maps.

The brown sign pointed down a blacktop road, and promised an old relic. As I took the detour, I didn’t give a thought that this was the beginning of an odyssey. But it was.

At the end of that road stood a covered bridge, alone, isolated in space and time. Union Covered Bridge has survived for 140 years. But along the way, civilization beat a different path. Now the span leads nowhere. It retired to the highest rank in the bridge family:  destinations.

The stream beneath the covered bridge was just a trickle, and a few yards downstream a concrete ribbon offers the new route, safe passage across the low water. Relieved of its duty, the old bridge seems to relish its new role as a postcard. Union bridge stands as graceful and elegant as the oaks from which it was sliced. A dozen generations of young lovers have courted through its belly, making dreams, popping proposals.

Halfway across the bridge, somebody removed one horizontal board so people could see out. From a distance, this narrow slit makes the the span look like a wooden Bridge of Sighs, pulled like taffy to fit onto its banks. Now the old covered bridge is a bookmark in history with only a pair of modern purposes: beauty and picnics.

Through that narrow slit in the middle of the bridge I spied a couple walking on the grounds below, nearly within the span’s shadow. I stuck my arm out of the slit and waved. They waved, smiling their approval that the bridge, in its evolutionary journey, had sprouted a waving arm. I thought about shouting to them, and find out how they found this remote place that goes nowhere. Instead, I retracted my arm, and left this connection to the past.

I was running late.