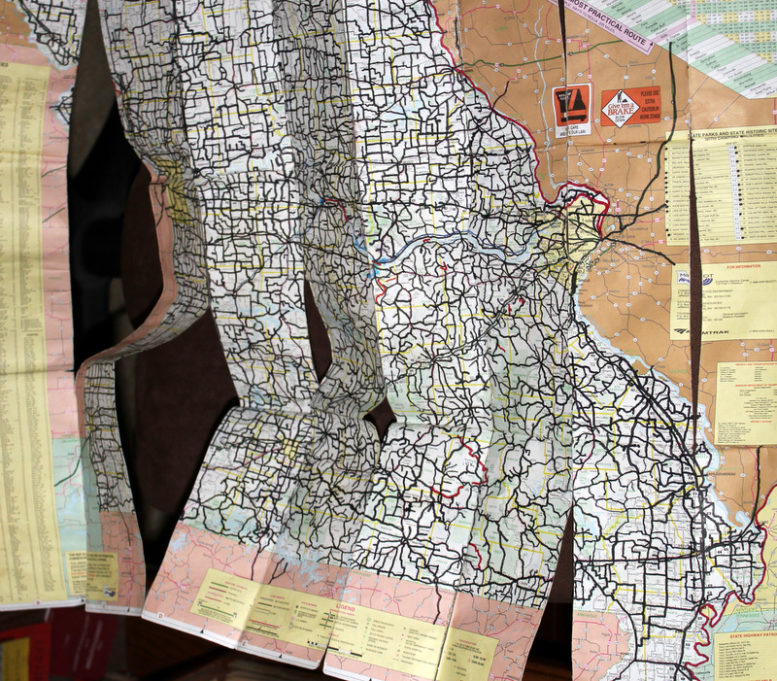 The map called out the names; I traced the stories. Every fold in the Ozarks, every bend in the rivers, every drive down the main drag in 700 towns reminded me that even as my map sets the stage, it can’t produce the play. Maps squish miles into millimeters. They conceal identities even as they reveal names. They’re lazy and they won’t work on their own, preferring to doze, folded tight as a sleeping dog, gravitating to dark out-of-the-way spots like glove compartments and magazine racks.

Maps are threatened by a lot of things – by GPS devices that talk to you in a soothing female voice, by TV shows that tell us where to go even as they hinder us from getting started, by packaged tours that lead us by the nose, and by airlines that require us to be on time so we can wait, and stand in lines and take direction from people who wish they were on vacation. But mostly maps suffer from those twin bookends that fence the borders of our lives: familiarity and neglect. We drive toward familiar. We neglect almost everything else.