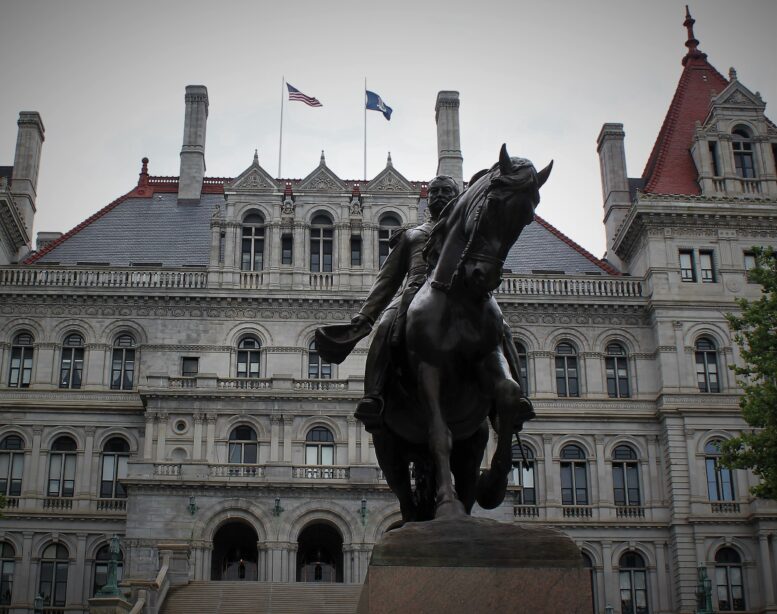 General Philip Sheridan’s statue stands on the New York state capitol grounds. Why do we honor this ruthless killer?

Missouri’s Highway 13 cuts through a rogue’s gallery of America’s most brazen killers. The most ruthless killer in this area was a government employee: General Philip Sheridan. A Union General during the Civil War, Sheridan led a mostly unsuccessful raid on Richmond, Virginia that “smacked of unnecessary showboating” according to historian Gordon C. Rhea. Later in the war he executed a scorched earth campaign in the Shenandoah Valley, burning crops to the ground and destroying railroads and factories, mills and barns. He left 400 square miles uninhabitable. The campaign was a preview of Sherman’s March to the Sea [the wallpaper to Gone with the Wind].

After the war President Grant and General Sherman appointed Sheridan to command the Military Division of Missouri. His empire was vast, encompassing all the Great Plains. His goal was to uproot and move Native American tribes. Calling buffalo “the Indians’ commissary,” Sheridan employed professional hunters to trespass on Indian land and murder millions of buffalo. Similar to the scorched earth campaigns he waged against the South, Sheridan urged the hunters to “kill, skin and sell until the buffalo is exterminated.” To punctuate Sheridan’s deplorable attitude, he suggested the hunters should receive medals, engraved with a dead buffalo on one side and a dejected Indian on the other. Sheridan vehemently denied uttering the phrase “The only good Indian is a dead Indian.” Still, popular culture credits him with the phrase. Today only one percent of the thirteen million acres of Missouri prairie land remains. Along with the prairie, the bison herds were obliterated. But Sheridan couldn’t render them extinct. Thanks to conservation efforts, Missouri prairies and buffalo are making a comeback.