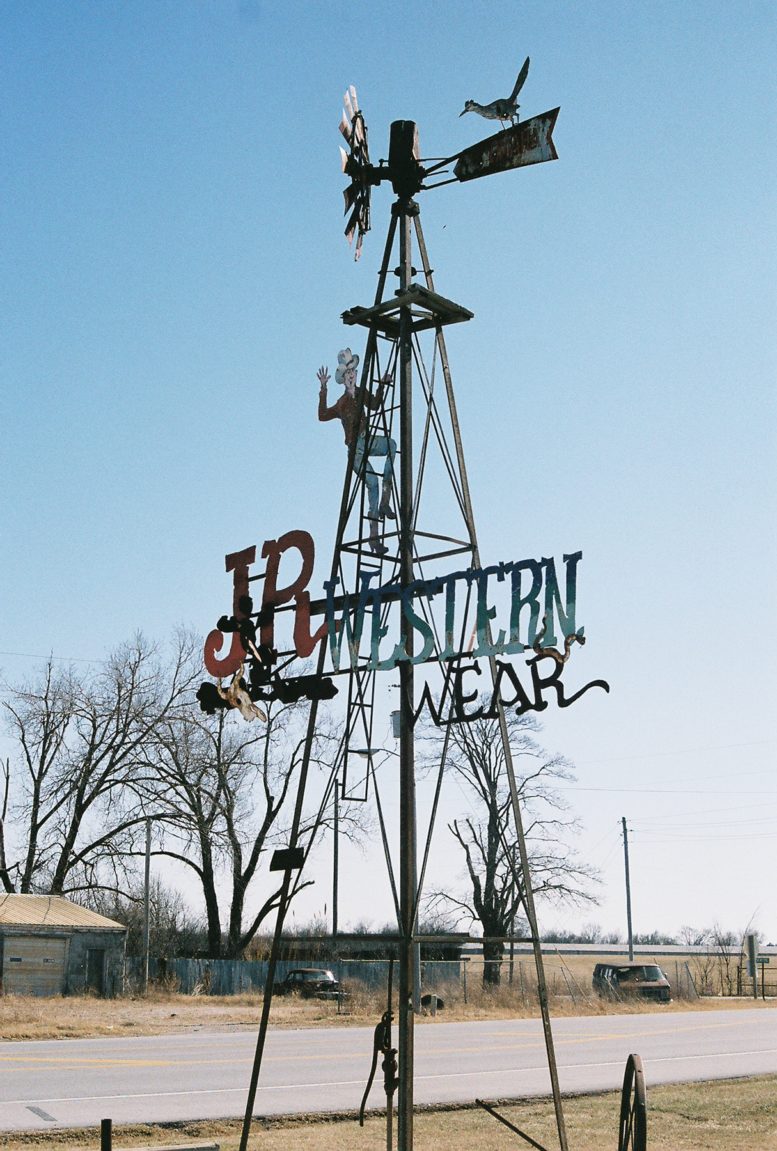 A witling would say it’s a description of Hell: 4,000 toasters, no bread. But hey, if Richard Larrison ever used all his toasters at once, it might create Hell, or havoc, or at least a lot of heat, pulling enough electricity to cause a brownout in the tiny town of Skeeterville.

In Larrison’s parking lot an old farm windmill sprouts from the pavement, and clinging from the windmill, a tin cowboy offers a friendly wave. Behind the sign, Richard and Janet Larrison operate JR’s Western Store. It’s a nice store, with its dandy duds and new boot leather smell.

Attached to the store is The World’s Largest Small Electric Appliance Museum, a labyrinth of ceiling-high display cases tastefully packed with waffle irons and mixers and coffee pots and toasters. Mostly toasters. In addition to 3.5 million watts’ worth of appliances, “I have 800 more to display when I make room,” Richard says.

A friend in Joplin tipped me off about the museum. It turned out to be a revelation. A few years ago this was the site of a national convention called OcToasterFest. More than two dozen collectors converged on Fidelity to swap toaster tales – and toasters – and generally jam to toasterity.

If the end is near, and if OcToasterFest is a harbinger, we’re all toast.

— from A Road Trip Into America’s Hidden Heart