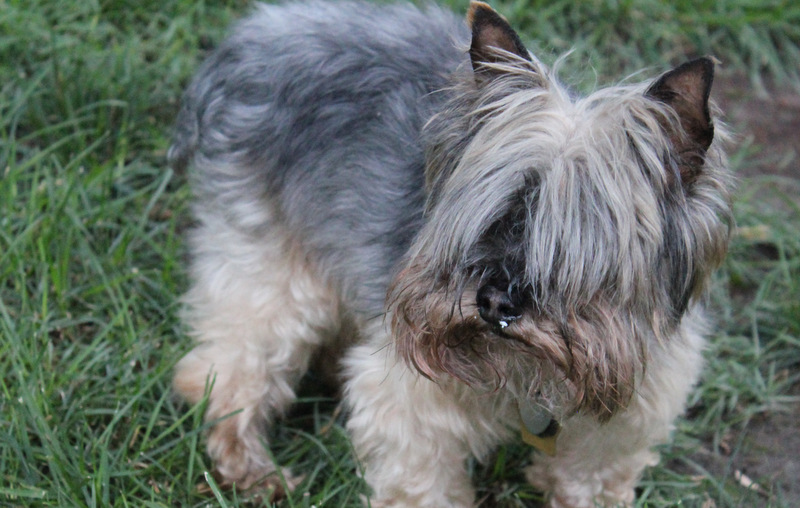 The world’s greatest dog?
I had a while to think about it, sitting at Mizzou’s veterinary hospital. Our dog Baskin was ill with life-threatening symptoms that propelled us to this hospital.
There we sat, among other needy dogs and their owners. A golden Lab from West Plains with its hindquarters in a wheelchair. A Kirksville collie with a raspy bark. A mixed breed from St. James bumped around the waiting room in a lampshade collar.
Of all the factors that rank Columbia among America’s best cities, I never thought about urgent care for pets, until we needed it.
Dr. Lewis entered the room. She listened to my litany of symptoms, examined Baskin, read his charts. She helped me relax. She helped my boy relax. That’s not easy, since an aging Yorkie doesn’t adapt well to the great unknown.
Scratching behind Baskin’s ears to reassure him, I wondered about the first cautious treaty between wolf and human, when both realized the benefit of bonding. The original pet wolf traded caution for food. Now, ten thousand generations later, her descendants get health care.
Baskin endured a Mayo-like battery of tests that require an overnight stay, and a significant fiscal commitment, one that Cheryl and I immediately accepted. Baskin is our child.
After two days of tests, we took our $1086 dog ($181 per pound) home. That evening, as Cheryl and I nursed him, and Queenie stood guard by her litter mate, I kept thinking about candidates for the world’s greatest dog.
Lassie. Rin Tin Tin. Old Yeller. All great dogs.
But they were actors, like Charleton Heston playing Moses. And Snoopy and Goofy never shed on anybody’s couch, so they’re ineligible for world’s greatest dog.
The greatest dog?
Maybe it was Shannon. When the tractor popped out of gear and rolled down the hill, Shannon knew something was wrong, even from inside the house up the hill. Her master never heard the tractor coming as it slammed into him, pinning his leg. Shannon pestered Peggy Mandry until she followed her dog to discover her injured husband. He survived that vicious tractor attack, thanks to Shannon.
So is Shannon the world’s greatest dog? She knows the answer.
Dogs know truth. Shannon sees a tractor for what it is: a threat. She didn’t rest until the tractor retreated. Dogs know truth.
At a grave site in Marshall, Missouri, Jim the Wonder Dog sleeps in eternal peace, after the single most brilliant career of any dog ever. Not content to roll over and beg, Jim mastered the roles of canine calculator, horticulturist, interpreter, and psychic savant. He predicted seven straight Kentucky Derby winners, and answered questions in seven classical and romance languages. He could find a car by its license plate number. He even confounded the Missouri General Assembly by responding correctly to a note written in shorthand, then solving a Morse Code message.
Is he the world’s greatest dog?
Just forty miles from Marshall, a statue of Old Drum guards the grounds of the Johnson County Courthouse.
Old Drum’s story wasn’t poetry. A hired killer shot Old Drum for trespassing.
In a lawsuit, the jury awarded the owner $500. But during the trial the plaintiff’s attorney spoke the most famous line in the history of interspecies friendship: “The one absolutely unselfish friend that a man can have in this selfish world, the one that never deserts him and the one that never proves ungrateful or treacherous is his dog.”
Maybe Old Drum—man’s best friend—is the greatest dog ever. But how could I be sure?
I looked in another spot.
The AKC Museum of the Dog covers 14,000 square feet in a historic Kirkwood mansion. The museum originated in New York 273 dog years ago, but outgrew its Manhattan quarters, and moved to St. Louis, where it displays a lot of neat dog stuff. And dogs are welcome.
If you can’t find the world’s greatest dog here, it must mean that you left an important family member at home.
After all, the world’s greatest dog is yours. And mine.
He died today, five good years after that hospital visit. Rest in peace, Baskin, my boy.