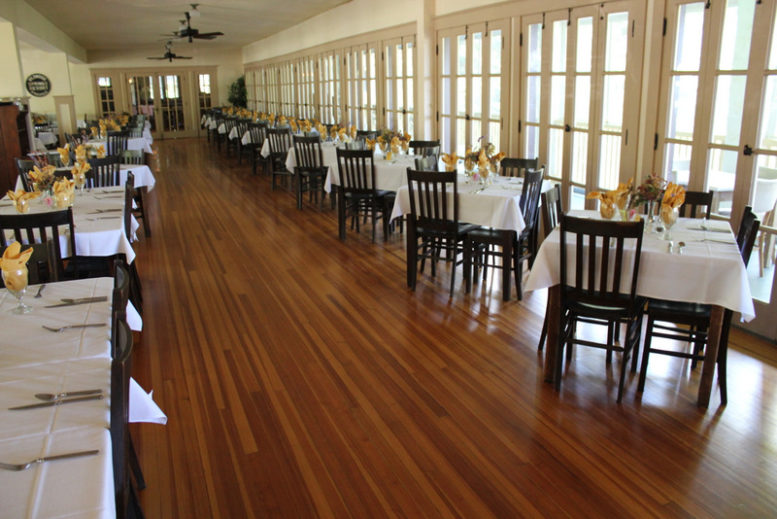 The music you bump into in these remote hamlets can be surprising. So are the venues. Of all the hundreds of places I’ve played, none resonated so sweetly as a spot just a stone’s throw off Highway 19. Atop the first hill out of Steelville, Wildwood Springs Lodge has offered up spectacular views of the Meramec River for damn near a century. Lately, the old lodge has turned into a hotspot, an intimate venue where folks mingle up close and personal with bands like the Amazing Rhythm Aces and Asleep at the Wheel, legends like Arlo Guthrie, the Guess Who and Ozark Mountain Daredevils.

Wildwood Springs Lodge has clung to its lofty perch for eight decades. And like many of the icons of ’70s music who still come to perform in the cozy lobby—Leon Russell, Dave Mason and Poco—the lodge is a survivor. Like most ninety-somethings, the lodge has endured peaks and valleys, times when visitors flocked to its doorstep, times when its doors were locked.

Today the lodge thrives, thanks to management and staff who lovingly maintain it. It wasn’t always healthy. The sprawling lodge, built of stone and stucco and native hardwoods, had slowly slid into decline when Robert Bell brought the old place out of mothballs and saved it from becoming a ruin. Robert knew the history of the old lodge, a Roaring ’20s retreat where folks could escape the soot of the city and hunt and fish and float, then dress to dine at tables spread with linen and china and silver. And he’s resurrected the lodge’s elegant dignity, with a twist.

Of all his renovations and innovations, Robert is proudest of his marketing plan. He should be. He’s assembled a mix of talented hotel staff and kitchen magicians who provide wonderful cuisine. But his big draw appears on Wildwood’s web page, which lists an entertainment lineup that attracts fans from all over the world to this hidden Ozark nirvana. Every year, he assembles a who’s who of classic rock ’n’ roll musicians, boomer icons like the Marshall Tucker Band and Hot Tuna and Brewer & Shipley. The musicians love the relaxed atmosphere and the chance to mingle with the crowd. Everybody—on both sides of the guitar—keeps coming back.

Robert has revived a long history of great music and great times at the lodge. But it takes a lot of fixit to keep things rolling. His secret weapon is a guy named Bill Freeman. A retired state trooper, Bill is affable, polite, knowledgeable. Aside from his knack with tape and string and spit to keep the hotel’s systems humming, Bill’s also a walking history book, readily telling stories about the river, the region, the lodge.

Ah, the lodge. The lobby’s charm overflows, especially when a crowd gathers around Dr. John or Michael Martin Murphy, or America, playing unplugged before a roaring fire in the fireplace to experience what Robert Bell calls the “Living Room Concerts.”

Bill Freeman showed me around. The long dining hall could be a movie set. Its hardwood floors, linen tablecloths, and gorgeous floor-to-ceiling French windows serve up a splendid view of the rugged ridges and ravines.