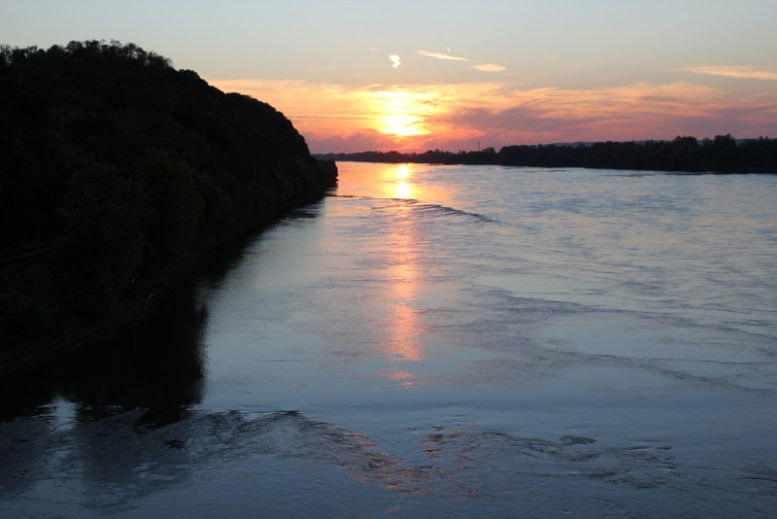 Looking upriver from the Hermann bluff, I could almost see Sonora Chute. It was a cold February day in 1856 when Captain Bill Terrill ran his sidewheeler Sonora through ice floes near Portland, Missouri. At 363 tons, the Sonora was a good size, but her wooden hull was no match for the ice, which smashed her hull and she sank. For years after that, the wreck of the Sonora was visible at low water. In 1916 her machinery and brass were removed, and finally, in 1940, the dredge Keokuk removed the wreckage.

It’s hard to imagine 400 shipwrecks buried beneath this riverbed. But they’re there. –from Souls Along The Road