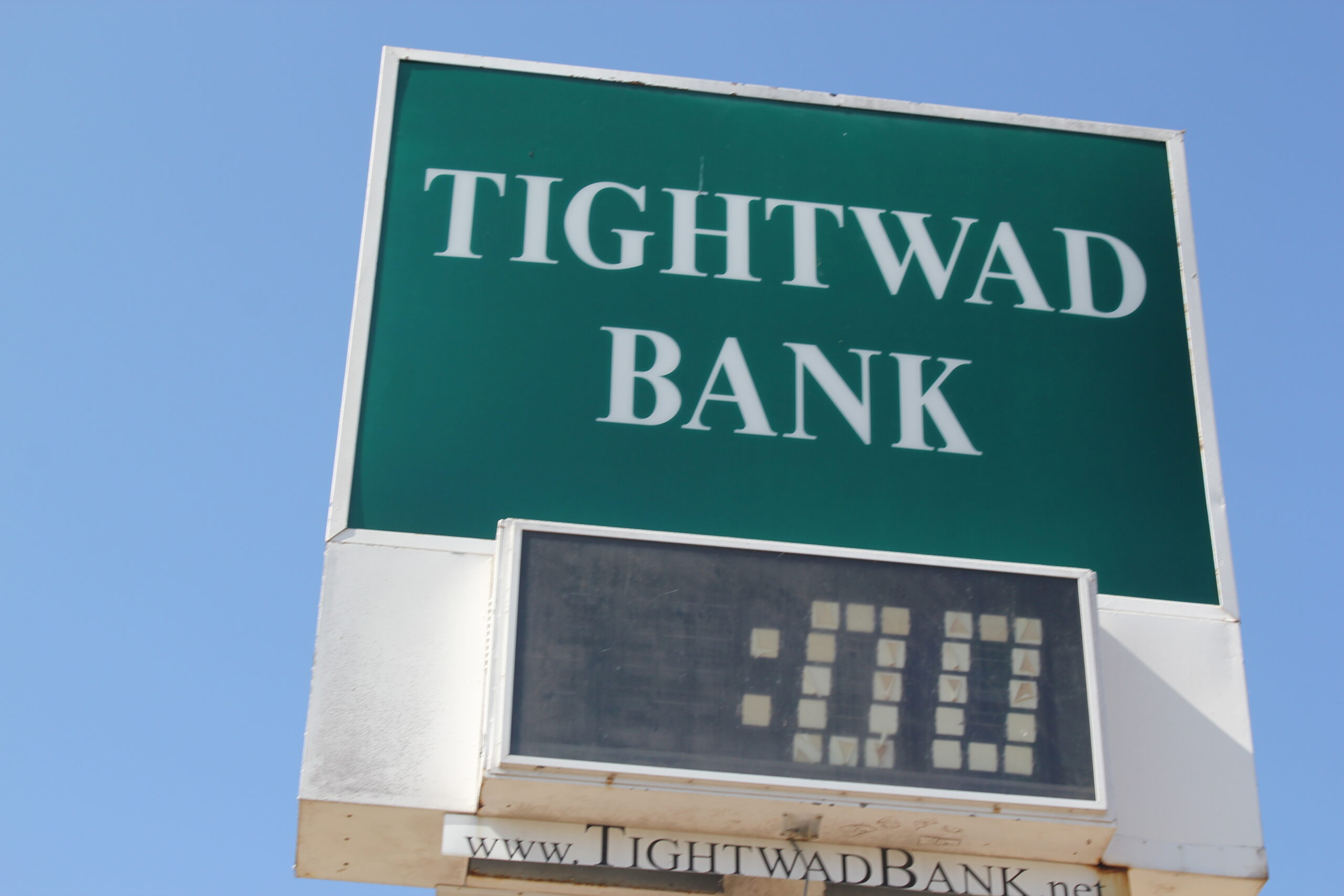 Tightwad struggles. Oh, the town is doing OK, even after it lost its two major industries: the post office and the bank. That duo was their biggest draw. Taxpayers from hundreds of miles around used to drive into town on April 15 to postmark their tax returns from Tightwad. No longer. The post office closed.

The town’s most visible struggle is holding on to its city-limit signs, popular among thieves who incorporate the signs into their trailer house décor. It’s easier than stealing a Picasso, and the Tightwad sign probably looks better on a trailer wall than a van Gogh. Everybody wants a piece of the town’s name. So to keep people from stealing the signs for their bedrooms, the state—or somebody—encased the city limit signs in steel frames, welded to the signpost. Each time I cross the city limit of Tightwad, I reaffirm that this is the most secure city signpost in the state.

Near one of those signposts sits a dance hall. Rural dance halls stand out from the crowd, using flashy neon beer signs and roadside marquees on wheels, backlit and beckoning with sin specials. The dance hall’s neighbors, the rural churches, respond with their neon Jesus signs and roadside marquees backlit with messages about fighting sin. It’s serious business, this battle for the souls of sinners. I feel strongly both ways.

The Tightwad Tavern is one of my favorite roadhouses, a wild wooden monument to the world of juke joints and dance halls that hide out in the sticks. It’s a lakeland hideaway for folks from Kansas City, and they come down to cast for fish and fun. The bar is as rough hewn as its patrons, in this tiny town of sixty-three souls. On Friday nights, the place fills up with fishermen from nearby Truman Lake and locals from Clinton and Warsaw. Everybody uses liquor as bait or lubricant, depending on the gender and the inclination. Bands from Kansas City make it a weekend vacation, trolling for fish during the day, trolling for adoration at night.

A jack-of-all-trades entrepreneurial graybeard by the conspicuous name of Wino built the bar. He knew what he wanted, being a lifelong roadie for some big name rock ’n’ rollers. At least he drops big names. I believe him. After all, he created the world’s greatest authentic road house in the middle of nowhere.

Wino sold out and moved to Texas. The bar changed names. But it still rocks when the bass masters shuck their boats and the ass masters shake their booties.