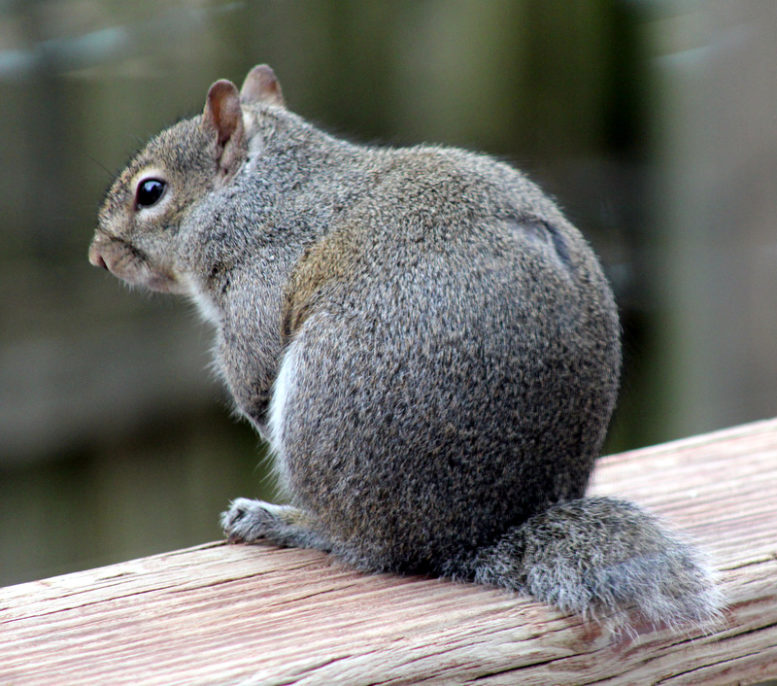 The ancient ash tree in our back yard reaches halfway to Orion, where its loftiest branches fork and fork again to throw new shoots toward the sun. Tucked into those soaring ash cradles—not big enough yet to make Louisville Sluggers, but the perfect size for slingshots—a trio of squirrel nests ride out the seasons and the storms, safe from most predators, safe from me.

As springtime yields to summer, and my young tomato plants push out of the soil to bask in the warmth of the sun, a menace gnaws at the back of my mind.

Squirrels are thoughtless thieves. They rob indiscriminately. Bird feeders. Dog dishes. They don’t care. Worse, they don’t remember. You can scare a squirrel by beating a galvanized pail with a crowbar, and in the time it takes your bartender to mix a mind eraser, the squirrel will return to tip the pail and check for birdseed. But the squirrel’s biggest fault, its most unforgivable transgression, is lack of attention to detail.

The other squirrels in our backyard have no ethics. They’re worse than robbers. Worse than pirates and land sharks and extortionists and pick-pockets. Worse than marauders and picaroons, smugglers and swindlers and poachers. Well, maybe poachers are worse. But few filchers and pilferers do a sloppier job of destruction than squirrels.

Stubby is none of those things.

He’s instantly recognizable because he has a fuzzy stub where a flowing tail should twitch.

Not sure how he lost his tail. It might be a birth defect. Maybe a dog bit it off. He might’ve skittered too close under the wheels of an oncoming car.

Stubby is a loner.

Other squirrels seem to have mates, or friends. Stubby appears to be an outcast from squirrel society where a bushy tail is prized for balance and warmth.

No matter. Stubby persists. And he’s learned to hang around Cheryl and me on our back deck, where we fatten him with walnuts and pecans. So despite being shunned by other squirrels, he eats well.

We’re orphans, Cheryl and I, Since Baskin Robinson and Queenie Beanie departed. We opted to stay petless for a while, since our vagabond schedules would annoy any self-respecting territorial terrier.

So Stubby fills a void.

We believe Stubby is smarter than the average squirrel, to quote Bullwinkle, pal and confidant to the legendary Rocket J. Squirrel. Of course Rocky the Squirrel can fly and make witty conversation. Stubby is light on chatter, and carries an extra layer of fat, thank you very much. Yet somewhere in his walnut brain, he has recalculated his ability to leap—without a tail—from roof to tree.

Springtime triggers Stubby’s curiosity. He begins to eye the vigorous tomato plants. And we welcome him to taste the fruit when I transplant the tomato vines into the garden. When Stubby takes a tomato, he eats the whole thing. Not the other squirrels.

We believe Stubby is crafty and cunning, wily and sly, stemming from his close encounters with grim reapers. He’d be a dashing mate for one of the other squirrels, if only they could see his good side. Alas, the squirrel kingdom is unforgiving.

If you think obsession with a rodent is stupid, don’t take your kids to Disneyland.