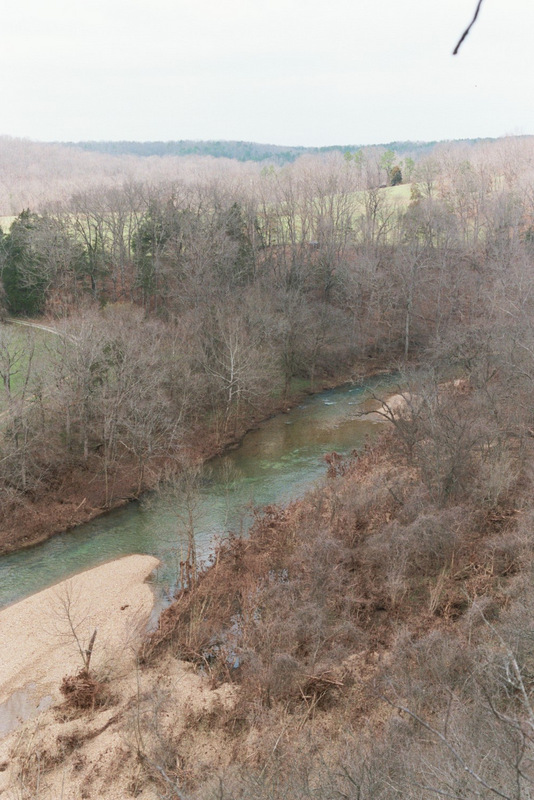 Judge Pegleg Shannon would have a blast in this neck of the woods, assuming he wasn’t sick of rivers and caves and general exploring. As a pup, this youngest member of Lewis & Clark’s Corps of Discovery had a propensity for getting lost. On one sojourn to round up the company’s stray pack horses, he returned to the wrong part of the river, and stayed lost for two weeks. Years later on another mission, he lost a leg. When it comes to getting lost in the woods, the county that bears his name would make him feel right at home.

Lynette and Alan Peters made me feel right at home during my recent stay at the River’s Edge Resort in Eminence. Alan, who knows the area as well as anybody, insists there are seven wonders in Shannon County. I found those seven, and then some…

To begin my journey of discovery, I used a conveyance most familiar to George Shannon. In the southeast corner of Texas County, two vigorous streams come together like prongs to form the headwaters of the Jacks Fork River. There I launched my canoe.

Chimney Rock towers as a sentinel near the entrance to Shannon County. From there, I floated for two days to reach the first wonder. Along the way, the river entered America’s oldest National Scenic Riverway, and swept me under a new Highway 17 bridge, the approach to which sheared away half a mountain. I slalomed past the foreboding lorelei called Smash Rock, and paddled to a cave so remote, the only practical way to reach the spot is by river.
Tomorrow: Jam Up Cave

2 Comments on “The Seven Wonders of Shannon County”