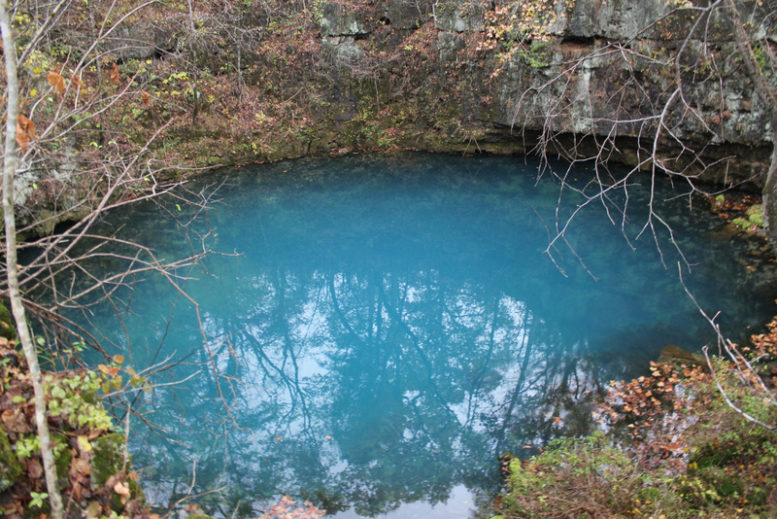 Highway 19 crosses the Current at Round Spring, another wonder to the eyes, but also a wonder down under. That’s because geologists believe the spring crosses under the Current before it empties into the river. Just north, two towns named Timber sit within two miles of one another. From one, a road led me to the Sinks, Missouri’s only natural navigable tunnel, and former home to the world’s most sunken bluegrass concert. It’s on private land, but the owner let me see it. Just downstream, I launched a canoe for a ride on Sinking Creek, one of the biggest – and cleanest — tributaries to the Current River.