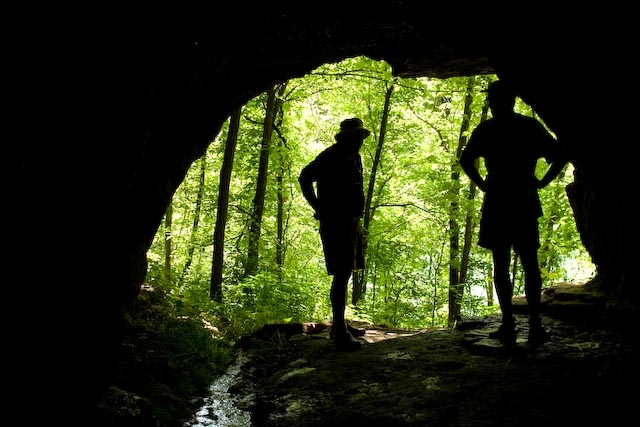 Caves are fissures where evil seeps. And some of these must’ve been named by people who were scared shitless.

The art director for the judgment day, Hieronymus Bosch, painted vivid vignettes depicting the pits of Hell. Dante warns, “All hope abandon, ye who enter in!”

Plato describes the cave as a prison, and Romans made it so, banishing early Christians to dwell in the catacombs, the scariest place this side of the Book of Revelations.

Graphic accounts of the Monongah Mine Disaster defined the horrors of a cave in.

No wonder some folks fear caves, using terms like spelunkophobia, claustrophobia and acrophobia. Yet it’s puzzling that the million-word English dictionary doesn’t appear to contain a word for the fear of payday lenders.