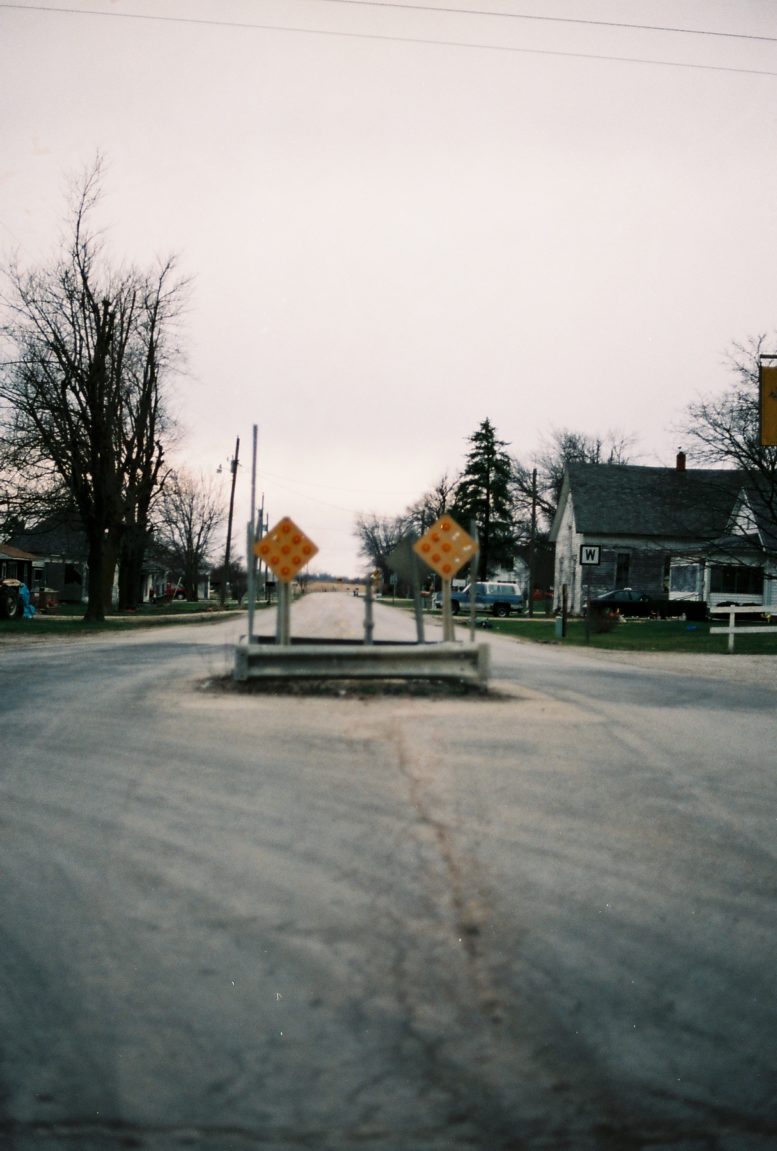 Never mind that there may not be a dozen people at KCI listening to KMZU Radio.  That just proves it’s Missouri’s best radio station.

Or at least it’s best for me, as I drive the back roads. The station broadcasts from Carrollton, a center of agrarian commerce. Real live radio personalities mix cornball talk, country music and usable information. Real Americana. They bring out music that’s past dusty, it’s caked with auditory neglect.  But the music is classic, underappreciated, like Roger Miller’s “Do Wacka Do.”

There’s something refreshing about hearing from an old dead friend like Roger Miller. “Do Wacka Do” is travelin’ music. And when Roger finishes his classic, he gives way to the live radio voice. It’s reassuring, as I drive along the remote countryside, intersecting a chain of blossoming afternoon thunderstorms, that the announcer knows where it’s headed and can shout out a warning to the townspeople of Coloma and Chula, Stet and Wakenda, whose combined population struggles to eclipse 400. The station really works at providing the world’s best weather coverage, and on this day, it paid off. Every ten minutes, the announcer interrupted Roger Miller and Willie Nelson and Hank Williams to tell me that the thunderstorm that just pelted Ethel and would soon be bearing down on Elmer.

Yikes! That’s where I was headed.  I could see storm clouds, but of course I couldn’t get the whole picture of the storm movement.  So the announcer’s information helped me dodge the deluge. A few minutes later, during the newscast, I learned much more. Oh, I had already done some homework about the area. And I knew from my highway map that the Macon County towns of Ethel and Elmer are separated by seven miles of rural highway. Ethel has a hundred residents, Elmer has ninety-eight. But the radio newscast reported that a lady from Ethel died, so now the population race has tightened, in these two neat little communities along the Chariton River. Ethel will mourn her dead, and the storm will churn out tears. I turned south, away from Elmer and the storm.

Ready to fight the world? Get a dose of homestyle instead