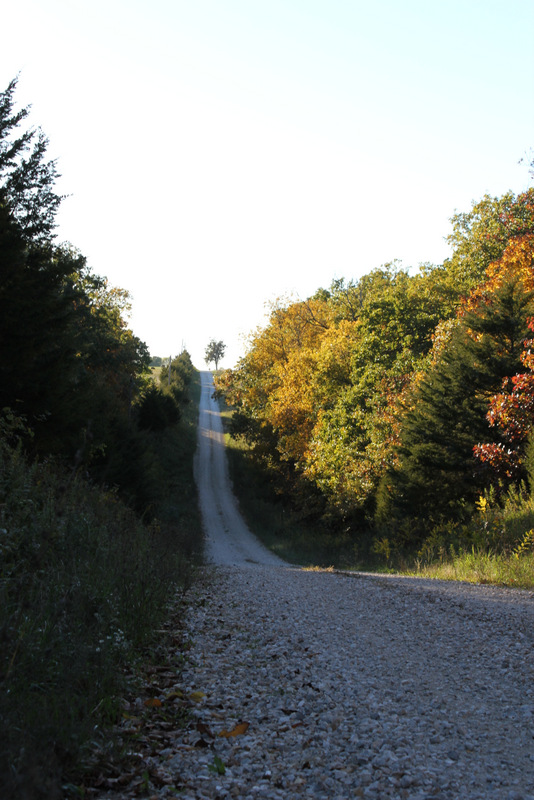 “Next morning we caromed across Lyon Township, named for the first Union general killed in the Civil War, at Wilson’s Creek. We passed Neeper, and the hill where the old Cracker-Neck School stood, and the site of an old place called A Bit Nation, so-called because the soil was so poor the government sold the land for a bit: 12.5 cents an acre. We circled through Anson, also known as Greasy Point for a greasy spoon restaurant that used to do business there, and crossed the Fox River, first called Stinking Creek back in pioneer days, until a mapper tried unsuccessfully to change the name to Aromatic Creek. I didn’t notice any smell…” — From the book Souls Along the Road. Photo on the road to Looney Creek