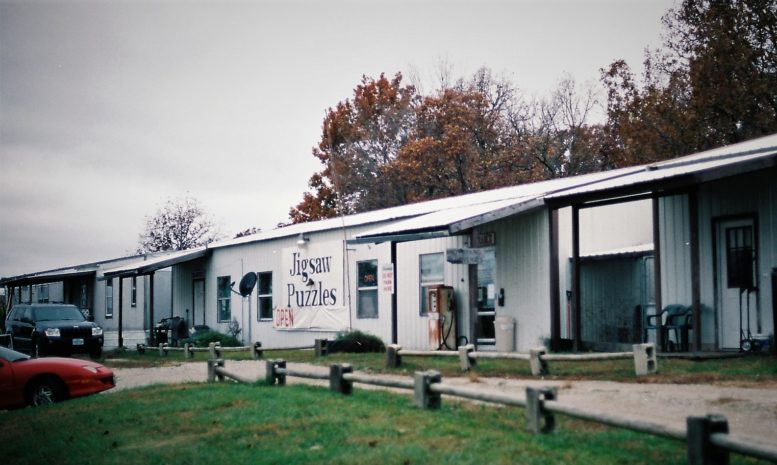 Sleeper, Missouri, hides some big stories. Years ago two trains collided in Sleeper. The trains piled up like accordions, and only a jigsaw puzzle master could put them together again. Appropriate, as I approached Nancy Ballhagen’s Puzzles, a major distributor of jigsaw puzzles worldwide.

The store sat in plain sight of I-44, yet you’d probably overlook the long one-story metal building. Its dull shell belied its contents. Inside, crammed to the rafters were tens of thousands of beautiful pictures on boxtops, each containing the elements of a jigsaw puzzle. Ballhagen’s was the only store in Sleeper, and since Sleeper lost its post office, the store didn’t even carry a Sleeper address. Looking for that Jean Guichard Lighthouse puzzle?

Or maybe you’re after the Hiroo Isono Ceono Emerald Dreams puzzle. Nancy had it. She could deliver a Jackson Pollack puzzle for the masochist, or Hieronymus Bosch’s The Last Judgment to scare you silly, because, by all the signs, the end is near.

As it turns out, the end came for Ballhagen’s Puzzles store. Damn. Not sure what happened to all those puzzles. Hope they’re out there somewhere, frustrating somebody. –from Souls Along the Road