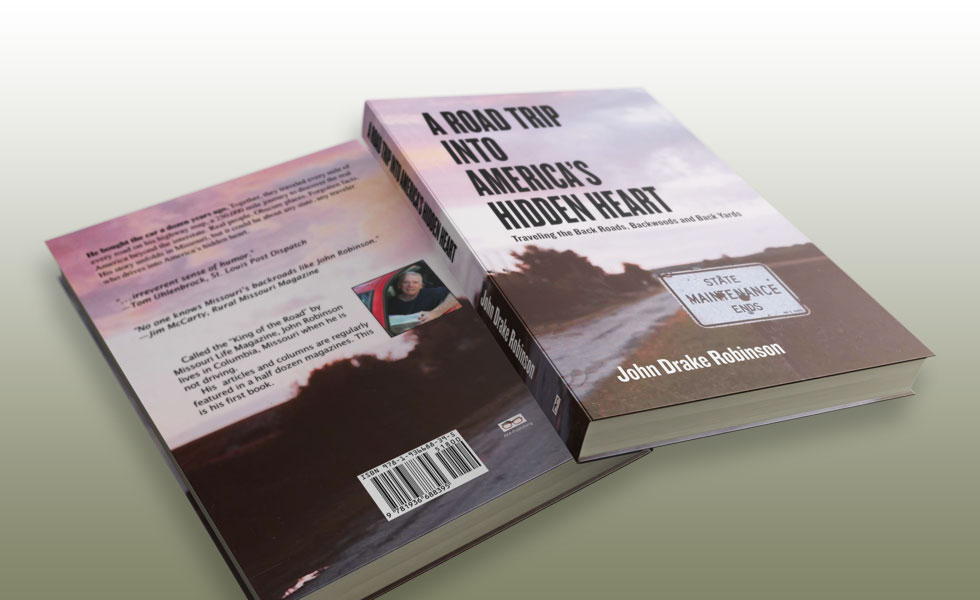 The Columbia Daily Tribune has published a couple articles about my journey over the years. “Man explores state one road at a time” was originally written for the St. Louis Post Dispatch by Tom Uhlenbrock in 2009. “Road Warrior” by Caroline Dohack-McCrary was published in 2010.

Here are a couple excerpts you may appreciate…

[divider] [pullquote3 quotes=”true” cite=”Tom Ulenbrock, 2009″]Robinson is writing a book about his over-the-road experiences and has two working titles that reflect his irreverent sense of humor.

“You know how you’ll be driving along this wonderful, pastoral setting, maybe in the Mark Twain National Forest,” he said. “You come around the corner, and there it is: the trailer where people have set every appliance and automobile they’ve ever owned in the front yard.”

That accounts for his first working title: “Please God, Let This Be a Yard Sale.” The second title alludes to the frequent stops needed by a coffee drinker on a cross-state ride. “You probably don’t want to print that in your newspaper,” he said, accurately.[/pullquote3] [divider] [pullquote3 quotes=”true” cite=”Caroline Dohack-McCrary, 2010″]Although Missouri’s state highway system is only about 33,600 miles long, Robinson said it took him about 200,000 miles to meet his goal. That’s largely because driving every highway meant retracing completed segments to get to unexplored roads.

“Starting as a lark, I wasn’t doing it systematically and surgically, so I wasn’t doing all the roads as I came to them,” Robinson said. “There are little Route As and Route Bs on Highway 13 and I was passing those up. As I started becoming more serious, I realized I missed this appendage, so I’d have to go back and take that.”

He’s finished for now, but it’s hard to say if the journey will ever truly be over. To keep up with his goal, Robinson has to keep an eye out for new roads. Last month, for instance, the new Osage River Bridge on Highway 17 opened near Tuscumbia. It might have only amounted to a short stretch, but it was there and it needed to be driven.

In addition to watching roads, Robinson is working on a book about his travels. It’s not necessarily a travel guide, he said, and it’s not intended as a promotional material for the state. Rather, it’s an account of what he experienced.[/pullquote3] [divider]

Finally, in 2012, you can buy “A Roadtrip into America’s Hidden Heart” from all e-book sellers and online bookstores.