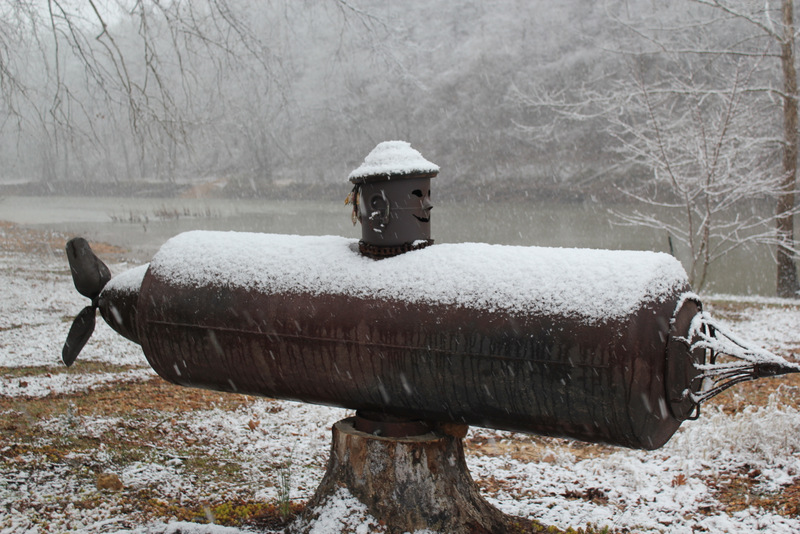 “Would you go down Rocky Falls in that?” He pointed to a submarine in the yard at River’s Edge Resort.

“Not on your life,” I laughed. “Although today there might be enough water.”

Earlier that morning, we had hoped to launch from the Prongs. 33rd year. 33 canoes. 33 degrees…almost.

But a raging flood sidelined us for the day, and we sought refuge at River’s Edge. Among our group, most had never seen Rocky Falls.

So we packed into our vans and went to the site of Missouri’s second-best-kept secret. 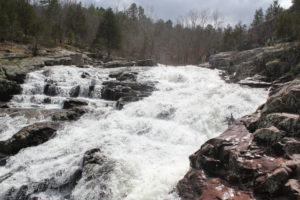 Even though the previous day’s flood had crested, the falls were gushing, and pulverizing up a fine mist.

Dozens came to see the show. 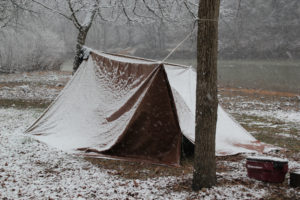 That night we camped

and dreamed about falls and barrels,

and awoke to snow… 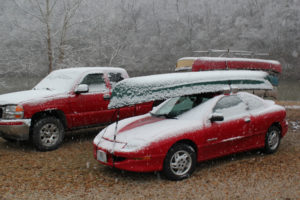 …and a river fat with water. 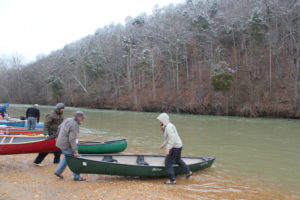