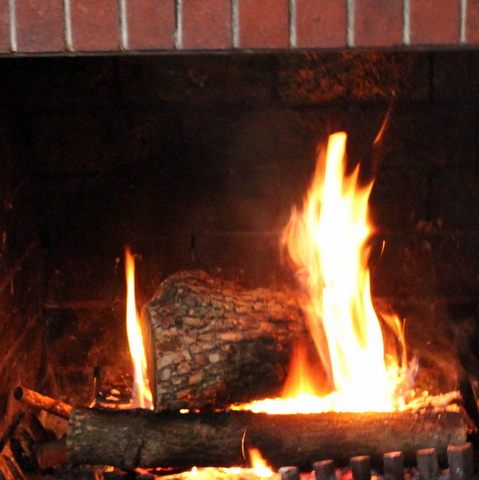 Within one lunar cycle they were gone. Over a 28 day period, Columbia endured a tragedy in three acts, and lost a major chunk of its soul when three of the city’s most visible luminaries died. City officials? No. Big men on campus? Not really.

They were familiar to city residents for sure, unless you don’t eat, read or drive. This trio–a gifted writer, a street corner performer, and a parking lot attendant–reassured us that it’s okay to follow the beat of a different drum.

In the space of one month during the spring of 2005, they left us.

It began with a jolt in the early morning hours of March 20. As the vernal equinox kicked winter out the door, Forrest Rose plucked his last note from the giant fearsome doghouse bass that was his constant companion on stage. Then he took his last breath. Eleven days later, sunset came for the Dancing Cowboy. And within another 16 days, the Parking Lot Guy was gone.

That doghouse bass personified Rose. Both were towering figures that reverberated through any room with a steady beat, alternately subtle and stout, always sure. Forrest showed the sharpest insight this side of the Hubbell telescope. Well-read. Well-spoken. A writer’s writer. He used that force to provoke thought. But fearsome? Years ago, the bass fiddle needed a major repair, a neck straightening. Forrest instructed the luthier to crown the instrument with the head of a cobra, fangs flared and eyes flashing, an appendage that was part icebreaker, part declaration of incandescence.

Incandescent was the face beneath the cowboy hat worn by Terry Saunders, who died twelve days later. The hat helped define the Dancing Cowboy, but it was Saunders’ expression of unbridled joy that infected commuters who passed the corner of Providence and Broadway. Saunders wasn’t the only person to demonstrate on that corner. But his was the only demonstration that asked for nothing beyond a smile.

It wasn’t that Saunders’ message was so different. It was his delivery that stood apart. Powered by songs only he could hear through headphones attached to the electronic music in his pocket, Terry offered animated gyrations that were part matador, part Nutcracker, all disarming. He wasn’t asking passersby to end something or start something or throw money. Without speaking a word, he alternately flailed his arms skyward and twirled like a Tilt-A-Whirl, pausing to bow and scrape and point to drivers who beeped at him. Some drivers beeped approval, others honked for fear he’d stumble beneath their tires. It didn’t seem to matter to him. His animations spread a happy harmless greeting. “Howdy,” in cowboy vernacular. Have a nice day, in the parlance of the Walmart greeter.

All I knew about the Dancing Cowboy was framed in my windshield. I didn’t know his name until I read a postmortem in the Columbia Tribune by ex-Columbian Tony Messenger. Digging deeper to learn about the life of this man who brought a smile to thousands of passers-by, I stumbled onto a story that revealed deep wrinkles in his jovial facade. A dozen years ago, former Tribune reporter Mark Horvit wrote an in-depth profile of this street performer. As a kid in rural Brunswick, Missouri, Terry grew up with God and Jesus and 20 brothers and sisters. Then he left town, roaming the nation for 30 years. When this prodigal returned, Horvit’s picture shows a life coming apart, far less flattering than my squeegee-clean windshield vision of the Dancing Cowboy. Demons alternated to dominate this comedian’s life, demons ranging from vodka and whiskey to the throat cancer that stole his larynx. Depression. A marriage on the rocks. Homelessness. Like a graphic movie, some of the scenes are gut-wrenching, and don’t match the curbside persona of this dandy dancer. After what must’ve been a thousand performances,Terry abandoned his corner stage, left town, died.

Unlike the demonstrators who followed, Terry never carried a sign. Fin did. It’s how he started becoming a Columbia icon. Wearing a Shakespeare’s Pizza sandwich board, Fin began walking the major routes of the city. I always saw him along the same route covered by the scoutmaster who picked up trash along Stadium. But the sandwich board gig folded when the city of Columbia enforced its city ordinance prohibiting portable advertising signs.

William Finley Guffey III left this world with two interchangeable monikers. Friends called him Fin. He liked the simplicity of that name. Everybody else called him The Parking Lot Guy. To some people he was a fearsome troll at the gate. But to most, he was a city icon working the parking lot of another city icon. Folks who frequented the corner of 9th and Elm—whether they were going to Shakespeare’s or not–would see the gruff exterior of this guardian of what may be the most coveted turf not already consumed by the University of Missouri. He ruled the parking lot, and some patrons approached with trepidation. “They have their own parking lot,” said one journalist who posted an online invite to some out of town friends to join him at Shakespeare’s, “complete with a creepy guy who serves as their parking attendant. Thank God he’s not the valet.”

No, not the valet, sport. And much more than a creepy guy, for everybody but those with thin and crispy minds. Fin often softened his image by wearing hats, from simple stocking caps to hats resembling the fantasies of Lewis Carroll or Dr. Seuss.

Winston Churchill, whose girth easily would embody a Shakespeare’s pizza, might call Guffey the physical embodiment of a riddle, wrapped in a mystery, inside an enigma. Fin was a transplant, like so many Columbians. His mental circuitry was nurtured and refined at Cornell and Harvard and Wash U, though he never advertised it. So it wasn’t apparent to most Shakespeare parkers that underneath those vibrant hats was a thinking man’s parking lot attendant.

He was an achiever in high school. Eagle Scout. Student body president. Yearbook editor and football player. Some folks can’t fathom how a parking lot job would satisfy an Ivy Leaguer who once taught subjects like Chinese and math in the finest Eastern prep schools. The answer comes wrapped in a bit of friendly Fin advice: Live for the moment, for the people around you. Fin evolved into that simple philosophy.

And when he died, both city newspapers attended his wake. Both recorded the words of his daughter, Katherine. “My dad liked life best when it was raw and honest,” she said. “He would have liked us to face it head on.” Fin Guffey practiced what he preached.

To wit, his favorite gift to bestow? Books.

Forrest knew that, I’m sure. Although I never found a Forrest Rose passage about the Dancing Cowboy or the Parking Lot Guy, they were the kind of characters he loved. Real. Honest. Unpretentious.

Over a lifespan of time release capsules, Forrest left us volumes to ponder, a bit about himself, but much more about life its ownself. His appetite for life was superhuman. It’s hard for a mortal to comprehend his breadth of knowledge. The only manuscripts he never read are entombed at the bottom of the Mediterranean Sea, in ancient Alexandria’s sunken library. Yet all that knowledge would signify nothing if he didn’t share it in delicious slices of humor and wit. Put another way, in the words of Dan Quayle, “…what a waste it is to lose one’s mind or not to have a mind is being very wasteful.”

In his own words and music, Forrest is a virtuoso. Lucky for us, we can consult his wit in one outstanding volume: Forrest Rose – A life in Words and Music. This collection of 73 columns and 73 minutes of music is compiled by the people who love him. Their love shows. So does his. And his observations, like those of Twain or Mencken or Woody Guthrie, are timeless.

Fin and Terry might not be as completely cataloged. Yet all three performers on our community stage offered depth, character, inspiration. Each cut across the entire spectrum of the local populus, and enriched the local fabric. Sure, other Columbians park cars and direct traffic and implore folks to think. They do a good job. But these three offered memorable events.

Truly the moon shines with a good grace upon Forrest Rose Park, next to Mojo’s–now called The Rose–where he held court so often. Some day, we’ll toast the moonlight with the nectar from a Fin Forever Shakespeare’s cup. And exiting the Lot de Fin, we’ll turn up the stereo to let Forrest belt out S.A.V.E.D., and motor down Dancing Cowboy Boulevard, the path that leads us home.

3 Comments on “Out, out, brief candle”