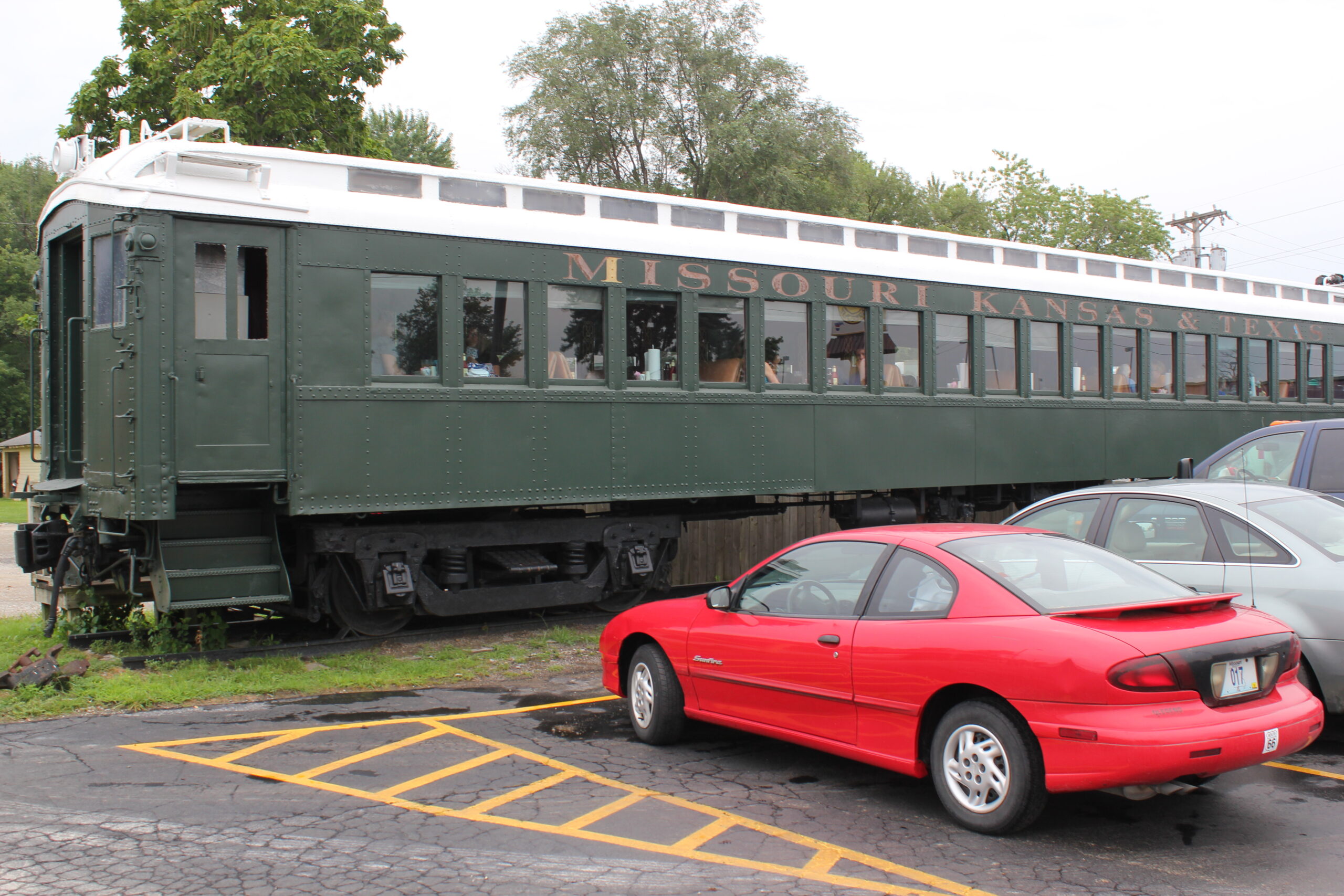 Just outside Windsor, Gustav’s guts started spilling. Gustav had slammed into Louisiana as a Category 4 hurricane, and plowed north through Arkansas into southern Missouri. By the time it reached Sedalia, the storm had devolved into an extratropical depression, which meant that the system was going out of business, and the heavy clouds were liquidating all over the place.

Up ahead, through waves of rain, I saw my oasis from the storm, the warm glow of yellow light shining out of the windows of an old railroad dining car. Shifting wind gusts pushed me into the parking lot next to this old relic of the Katy Railroad, converted to a smoker-soaked restaurant called Kehde’s Barbeque. Ducking under the restaurant’s awning, I shook off the rain like a wet dog and took a window seat inside the dining car.

The great thing about a railroad dining car is that every table is beside a window, and the server has only one runway to check on guests. Linear. Efficient. Outside, the wind pushed sheets of rainwater against the big picture windows, and strong gusts gently rocked the dining car. The storm did what storms often do: electrify the senses, causing otherwise sane individuals to leave the dry comfort of their homes to seek food. On this day, everybody in Sedalia had the same idea: Brave the storm for comfort food at Kehde’s.

John Kehde fixes a lot of fried sides, which his menu calls baggage: fried pickles, fried green tomatoes, fried portabellos, and five types of fried potatoes, including fried sweet potatoes. But this is a barbecue joint, and barbecue is about smoke, the sweet scent of which permeates the old rail car right down to its steel wheels. I looked at the menu, which was only a few pages short of a Tolstoy novel. The prosperity sandwich leaped at me, its burnt ends sprinkled with bits of barbecued ham. The meal gave me strength to tilt against the storm, and the weight to drown if I drove into a ditch. –from Coastal Missouri