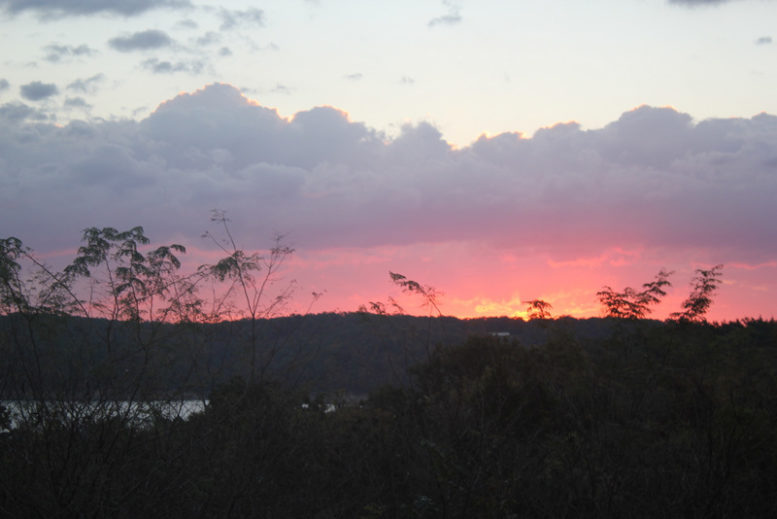 Much of the development at the Lake of the Ozarks can be traced back to one event. Flash back to the late 1960s. In a move that forever changed the face and fortune of the lake, then-Governor Warren Hearnes entered a bid to host the 1970 National Governors Conference at luxurious Tan-Tar-A Resort, one of America’s newest—and most remote—four-star playgrounds. The event promised significant economic benefit, and Hearnes would get to show off the lake to other governors. Back then, the lake featured miles of undisturbed beauty along its forested shores. It was a relatively unspoiled paradise in the Midwest, and real estate developers salivated at the thought of fifty chief executives—all savvy marketers—visiting this potential land boom.

All the boom needed was a fuse.

But to win the bid, there was a logistical problem to overcome: Missouri had to figure out how to get all those chief executives and their sycophants to this remote area. At the time, the closest airports that could handle jet aircraft were more than an hour away. The resort itself was accessible only by taking chances on old, twisting, two-lane highways, the kind with dangerous angled curbs called lips.

The governor’s resourceful state-parks guru had an idea. Build an airport at the lake that would be capable of handling big jets. It would serve the governors, then become an economic juggernaut for the lake for decades to come. To expedite the process, the state would use state-owned land to build the runway, and the governor could use his influence with the feds to speed the federal approvals and subsidies. Done. Missouri won the bid for the conference.

The state carved a jet-ready airstrip before you could say, “Stop building an airport in the middle of Lake of the Ozarks State Park!” Park lovers were livid, since park lovers prefer to gravitate toward the peaceful quiet of nature.

But now, when planes land at this airport with a park wrapped around it, they buzz low over campers’ tents. Through a thousand ups and downs, fights and lawsuits, commercial service and the lack thereof, Lee C. Fine Memorial Airport still serves the lake today.

Park lovers did achieve one small victory: they successfully prevailed upon state officials to decommission the commercial charter for the airport, and for years only smaller private planes landed there.

But economic developers at the lake had a plan.

A few years ago, I was enlisted—ordered, really—to help dust off the sleepy airport and find a way to increase air traffic. The chair of the tourism commission assigned me to research and encourage the necessary steps to re-certify the airport for big jets and eventually enable commercial service.

The lake’s tourism officials salivated at the prospect that the airport would soon feel big charter jet tires on its runway again. But the airport could not legally allow big jets for several reasons, primarily because the facility had no emergency services: no fire trucks or crews. So I worked with a local team to achieve the steps necessary to re-certify the airport’s commercial status.

Lake promoters were ecstatic. But in a reckless move similar to the story of the original Oklahoma Sooner, the promoters jumped the gun. Before the ink was dry on the airport contracts, before all systems were in place, before all final approvals gave the green light to commercial air traffic, somebody invited a charter jet from Chicago to use the airport. Ironically, that chartered 737 was full of retired commercial airline pilots.

Promoters thought nobody would notice. Jet flies in, occupants drop money into the economy, jet flies out. It would have worked, too, except that the pilot piloting the retired pilots ran off the runway and got the big jet’s wheels mired in the mud. A photo landed on the front page of the local newspaper showing an unlicensed jet stuck on the side of the runway.