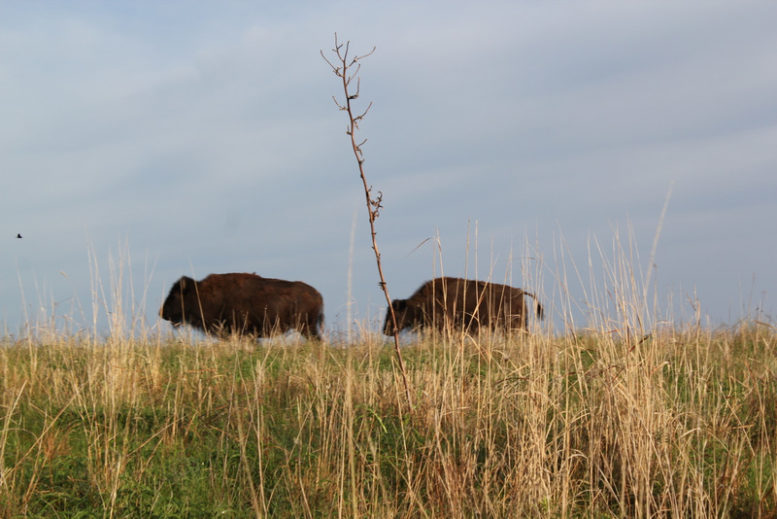 There used to be millions of ’em. Until General Joe Sheridan came along and slaughtered them all. His job was to move the native American tribes out of Missouri. So he killed off their major livelihood. Buffalo, he said, “are the Indians’ commissary.” He knew how to kill; he was the architect of the scorched earth tactic in Sherman’s march to the sea. Only now, with a lot of husbandry, are bison making a comeback. Slowly.