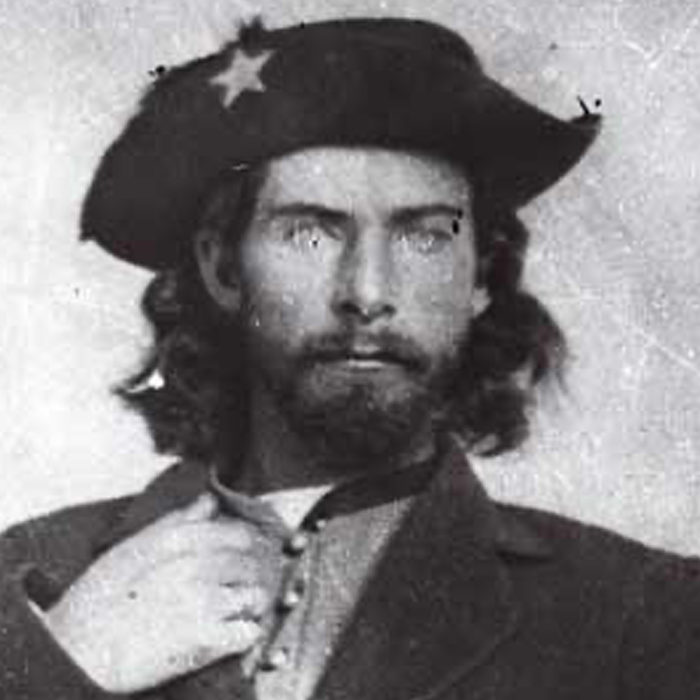 While most Missourians didn’t steal bodies, some Missourians owned them. Along the Missouri River, several old plantation houses still stand in the fields. Some of these plantations apparently engaged in the export of human flesh. They were slaves, raised and auctioned like livestock. That’s an ugly past, unspeakable among most locals who prefer not to indulge in conversations on the subject.  But it gets uglier. Local legend Bloody Bill Anderson was born in Boonslick, and died there. In between, he murdered, plundered, murdered and plundered, in the name of  murder and plunder, mostly. The Union caught up with him around Albany, Missouri and killed him. They buried him in the Richmond, Missouri, cemetery.

The remains of Anderson’s contemporary, William Quantrill, weren’t so lucky. His body has yet to be reunited with itself. Quantrill was perhaps the most infamous bushwhacker during the Civil War. And when he was killed in Kentucky, his mother asked that he be exhumed from his Kentucky grave, and reinterred in his home town of Dover, Ohio. Some of the body made it to Dover. But skullduggery diverted his cranium and five bones to a dank corner of a museum in Lawrence, Kansas. That’s what Kansans say, anyway. Knowing this, a couple of bold Missourians, members of the Sons of the Confederacy, convinced Kansans in 1992 to give up his skull and five bones. The skull went back to Dover, Ohio, and is buried in a baby’s coffin on top of the original grave. The five bones currently are buried in the Confederate Cemetery in Higginsville, Missouri. Fair and square, on the up and up.  No thievery. But just for insurance, the Sons of the Confederacy poured some concrete over the casket.

Some Missouri historians used to collect and display bones, too. For decades the state Capitol museum featured an Indian burial cave display, pilfered from one of hundreds of sacred burial caves around the state. But the display was discontinued, and the bones were reinterred. It’s against the law in Missouri to dig up unmarked graves without proper authorization. The law defines such unmarked graves as “any instance where human skeletal remains are discovered or are believed to exist, but for which there exists no written historical documentation or grave markers.”

Whether or not digging up dead bodies has been against the law, it has always been taboo. But obviously neither the law nor taboo — not even curses or booby traps — can compete effectively with greed, or religion or politics.

In the end, if you’re worried about the disposition of your own remains, there’s only one sure way to cut out the middle man. Donate your body to science.