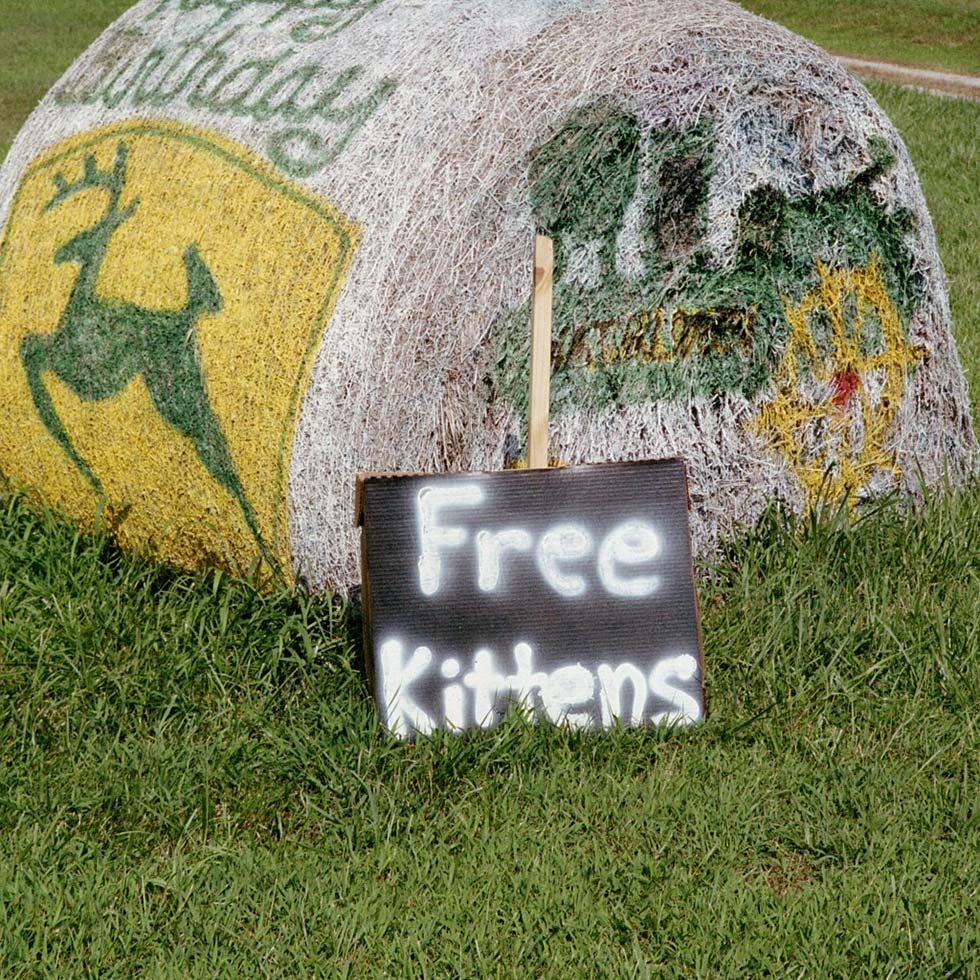 The remnants of Hurricane Dolly hit us as the blacktops of Bollinger County rolled under our wheels. Fat raindrops distorted my view. I avoided turning on my wipers for as long as I could, because the driver’s side wiper blade was broken in half and kept slipping out of its rocker cradle. With each revolution of the broken wiper, the arms were scratching grooves in my windshield, high arches, like a ballerina’s eyebrow. My better view was out the driver’s side window, where I spied a giant round hay bale painted to look like a John Deere tractor, the words “Happy Birthday” appeared beneath.

At the Castor River, I turned north on Route H, the third curviest road in the northwest corner of Western Southeast North America. I reached the end of the blacktop just as the rain intensified. A gravel road lay before me, offering two directions. Which way was a shortcut to the end of another blacktop? My car rolled right. With the sunset obscured by heavy black hurricane leftovers, Erifnus bit into the gravel road that pointed through sheets of rain, down a hill into the woods, around a bend, out of sight of any civilization. We descended, my loyal Erifnus and I, deeper into the woods, down rough gravel roads with washed-out ruts that led to an infestation of low-water crossings. Dolly was still a tempest, and we splashed through flash-flood streamways that were evolving past the trickle stage. I patted my dashboard, and thought about the right rear tire with the slow leak.

We ground through the endless gravel until gravel became dirt, fast becoming mud under the deluge. I glanced out my side window for the appearance of a power line or a telephone pole, any sign that maybe I was emerging from this deep-woods desolation, toward civilization. Nothing but rain and wind and lightning and mud and woods and more low-water crossings. Deeper we went as darkness enveloped our headlights and formed a tiny cocoon of light while the storm raged. I stopped again to reposition the broken wiper blade. The repair lasted for a minute, then the wiper slid off its track at both ends. I stopped to fix it again. Finally my Pontiac’s nose pointed uphill, and we snaked up slippery ruts for what seemed like six months, through rains more easily measured in feet, until my tires hit the hard surface of Route EE. It was still a twenty-mile zigzag in the darkness across a trio of backroad blacktops to Perryville. Erifnus’s headlights pointed into a billion spooky reflections of raindrops hurtling at our windshield in the howling wind.

At last under the friendly neon of an AutoZone sign, an attendant made his last sale of the night. Then he turned off the neon. I thanked him, and walked outside to replace the defective wiper in a dim, deserted parking lot while Dolly dumped a deluge from her ample bosom. She showed a surprising reserve of stamina, full of sound and fury.

Dancing on the Edge of the Storm

Murder and Rebirth on the Prairie

The Sad, Strange Case of the Missouri Waltz