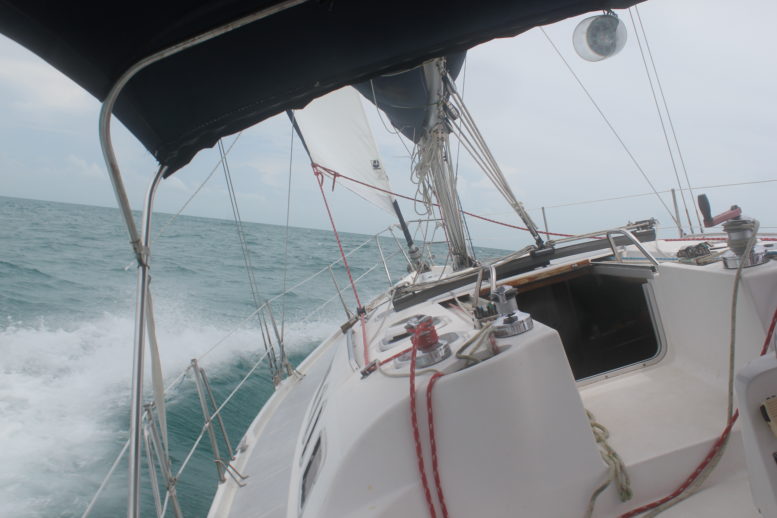 Our bow cut a frothy wake as Scotoplanes bit through four-foot swells, rising to meet the front of each swell, gliding down the backside of the wave into the trough, then rising again. Fixed at the center of both sails, telltale ribbons waved straight out perpendicular to each sail’s surface, telling Scurvy his course was achieving maximum efficiency into the wind. We watched the fury of the storm edge closer as its waves of energy slid by our starboard flank and twisted exploding past our stern. Our pace covered one mile every six minutes, our dance along the edge of the storm a painstaking slow motion. In this age of speed, our craft moved at a crawl. But this method of travel predates the wheel. From the earliest humans until this moment, billions of seafarers have crossed the waters before us, tens of millions have perished on the sea, and our tiny craft, an insignificant speck on the water, and we, the usual subspecks, were just another number about to get tossed by an intimidating powerful glorious beautiful act of nature. –from Sailing with the Scotch Brothers

2 Comments on “Dancing on the Edge of the Storm”