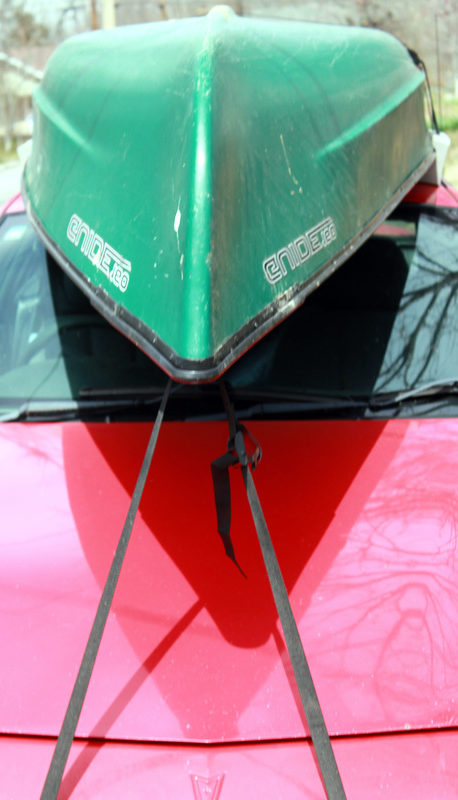 I-70 sucks. Oh, the road is okay. The pain and suffering comes from uncooperative drivers. It reminds me of something my grandpappy told me once. He said, “Son, get outta my way!” Those words hang with me, especially as Erifnus and I attempt to share the road with drivers who suffer from stubbornness or unawareness. Especially today.
Driving east past Oak Grove, we moved into the left lane to get around slow traffic. No luck. The passing lane had become a mobile dam, the driver ahead of us had no interest in yielding to our superior speed. It was then that Erifnus reminded me of the road-clearing tactic graciously supplied by the highway department. When a car edges to the shoulder stripe on an interstate, its tires hit a corrugated rumble strip that makes them roar like a foghorn. The rumble strip alerts dialers and texters and sleepy drivers that they’re running off the road.
Erifnus likes it for a different purpose. If we’re stuck behind a car in the passing lane, whether it’s a lane hog or a cellular hellcat, Erifnus instinctively edges toward the shoulder stripe, where the tires play the corrugated highway strip like a tympani. The noise annoys cell phone talkers, who oblige grudgingly and get out of the way so they can once again hear their phone conversation. The noise even unnerves most left lane hogs, who eventually relinquish the lane because they’re unsure of my next move. Hey, I’m not a speed demon, and I’ve only rarely been described as dangerous. I observe the rules, mostly. One of those rules instructs drivers to stay in the right lane except to pass.