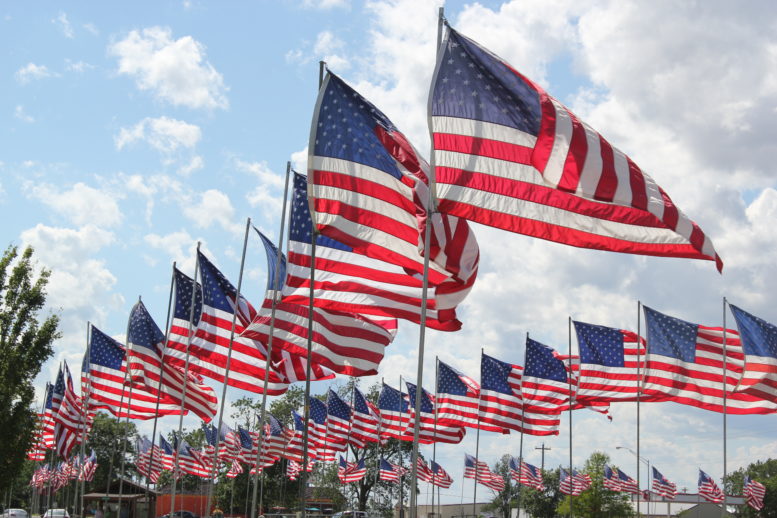 This Memorial Day weekend, the Centralia Cemetery honors each of its 505 veterans with an American flag. According to the city, the sight has been known to stop passing traffic along nearby Highway 22.

Curious whether the cemetery holds the remains of any of the 147 Civil War Union soldiers killed during the Centralia Massacre, I found the 1911 HISTORY of ADAIR COUNTY, MISSOURI by E. M. Violette, which reports townspeople recovered and buried seventy nine soldiers  in one long trench near the railroad on the east side of the town. “The trench was later enclosed with a fence and a slab erected to the memory of the dead. On it was inscribed: ‘The remains 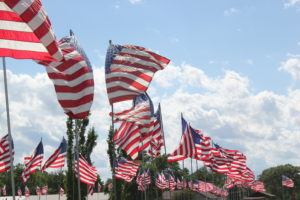 of Companies A, G and H, Thirty-Ninth Regiment, Missouri Volunteer Infantry, who were killed in action at Centralia, Missouri on the 27th Day of September 1864, are interred here.’ Later the remains were transferred to Jefferson City and reinterred in one grave in the National Cemetery there.’