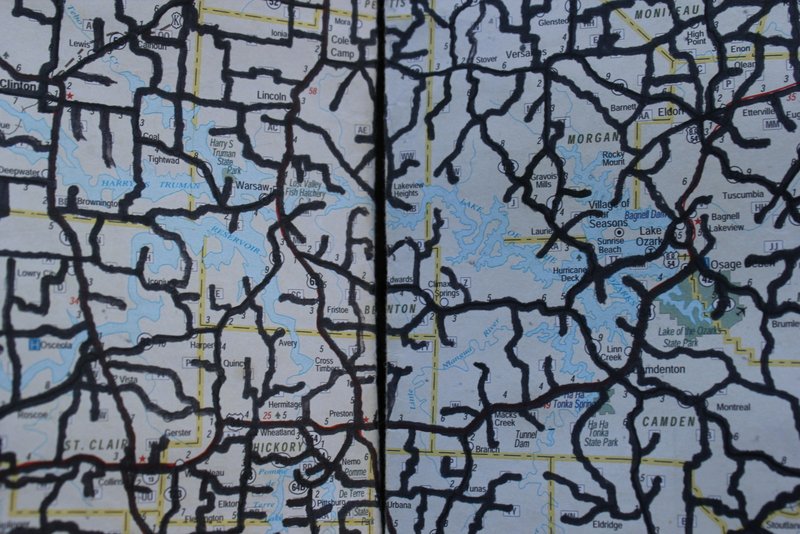 It felt good to be back in the baby chick capital of the world. But nowadays, Clinton doesn’t trade much in the little peeps. No matter. The town is still a dynamic trade center, especially when it comes to trading knowledge. A fortnight ago in Clinton, I stood before a roomful of folks eager to talk about travel.

The Henry County Library and Henry County Museum teamed up to put on the show, and we packed the room. I made it clear that while I would tell some of my stories, folks better not leave until I had heard some of their stories.

They covered a lot of territory, from the giant ripsaws of Ripley County to the Bates County house where General Joseph Shelby died, but not before he was visited many times by guys named Frank and Jesse and Cole.

We agreed that if all the Jesse James legends were true, he’d still be alive today, trying to fulfill them all. No matter. Good lies, told well, just make legends better.

I learned about the Henry County man who invented Cheerios. His name was James Evans.

One man told me he’d been to the smallest town ever, population one. I told him about the town in southern Missouri with both city limit signs on the same pole. That’s in my next book…

Then, after intermission, I got a heartwarming surprise. While I signed books, the stories continued to flow. During the entire signing event, I had watched a man gesture for others to go through the line ahead of him. Finally, last in line, he showed me his swollen book.

George told me his granddaughter had accidentally dropped the book into water, and it swelled to the size of a Tolstoy novel. He patiently dried each page in front of an electric fan. Each page dried to a frizzle, a Chia book of wavy sheets.

I agreed, and signed. “George: This book will always tell its own story, no matter where it sits. Thanks for saving it.”

And then my Clinton friends took me through the old Budweiser bottling plant, a grand old brick building where hundreds of beer wagons rolled to slake a thirsty prairie, until Prohibition drained the plant dry. Today, that building is part of the Henry County Museum, one of the classiest museums I’ve ever seen, on any level.

But alas, no Buds.

No problem. I stopped by a local watering hole, and raised a toast to my hundred new friends in Henry County, folks who love good stories about their own back yard.