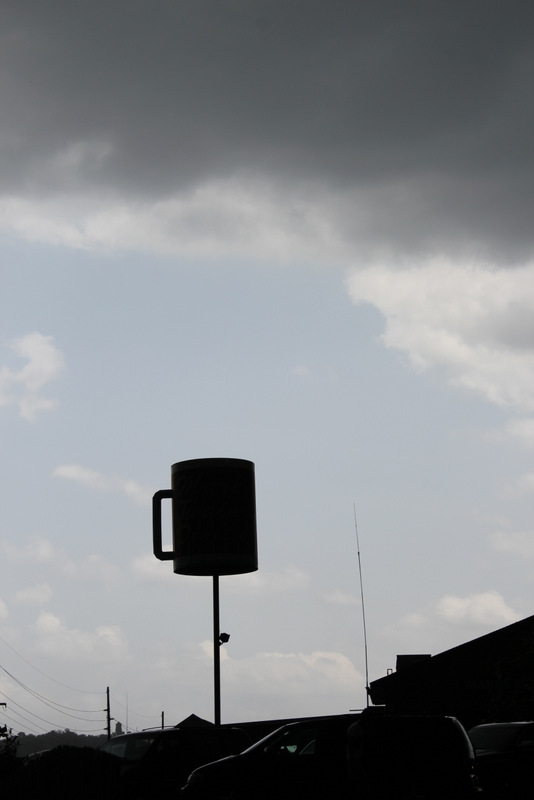 I took solace up the hill where a giant water tower-sized root beer mug hovers over the Mark Twain Dinette. They serve giant tenderloins, too, and root beer floats, and Maid-Rite burgers and plenty of photos of the dinette’s namesake, the bard of the Mississippi, whose boyhood home and girlfriend’s house and a bevy of museums are half a block downhill.

I’d seen the Mark Twain museums countless times, since I’d done a fair amount of growing up in Hannibal myself, bouncing between two sets of grandparents and boulevards full of aunts and uncles and cousins. Back then Mark Twain’s Hannibal worshiped its hometown hero, the writer with the white hair and the white suit and the white ash at the end of his cigar. But locals seemed to embrace only the good side of his characters. So it was hard to find anything but sanitary vestiges of Twain throughout the city dubbed “America’s Home Town.” Tom This. Becky That. Everything in Twain’s downtown seemed a bit tidy, whitewashed in a way that just might annoy Samuel Clemens.

For years the town seemed to shuck Huckleberry Finn and Jim, the way it shunned them in the novel. Oh, there’s a statue of Tom ‘n Huck at the base of Cardiff Hill, Hannibal’s north bookend with the lighthouse on top. For a century, Huck got little local recognition other than that statue, and the marquee at Huck Finn Shopping Center. But recently, the town took a meaningful step to embrace the true Huck. They built the Huck Finn House on a nearly vertical avenue called Hill Street, aptly named even for Hannibal’s undulous standards.