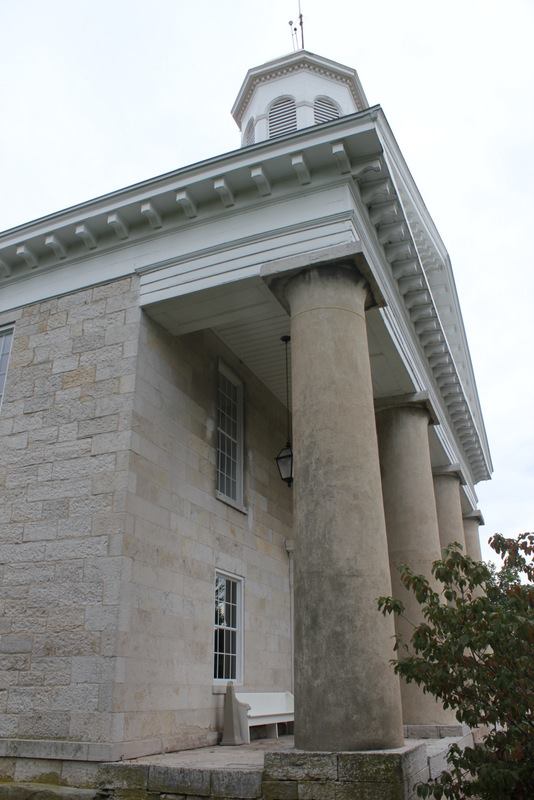 We took a series of concrete ribbons to New London to roam the Ralls County Courthouse. Built in 1861, its Greek temple look was adapted from the Virginia State Capitol, designed by Thomas Jefferson. The courthouse cupola copies the belfry on Carpenter’s Hall in Philadelphia. Designers fashioned the courthouse as a union between ancient Greek and fledgling American democracies.
The building’s native limestone walls were quarried long before Atlas Cement showed up to make 4.5 million barrels of cement that built the Panama Canal. Builders sealed the cornerstone of the courthouse annex with mortar fortified with sand from the Nile River in Egypt. The courtroom has the best acoustics of any court in Missouri, thanks to sawdust insulation packed into the walls and floor. If the curved back wall of the courtroom could talk, lurid tales of murder and frontier justice would fill the room.