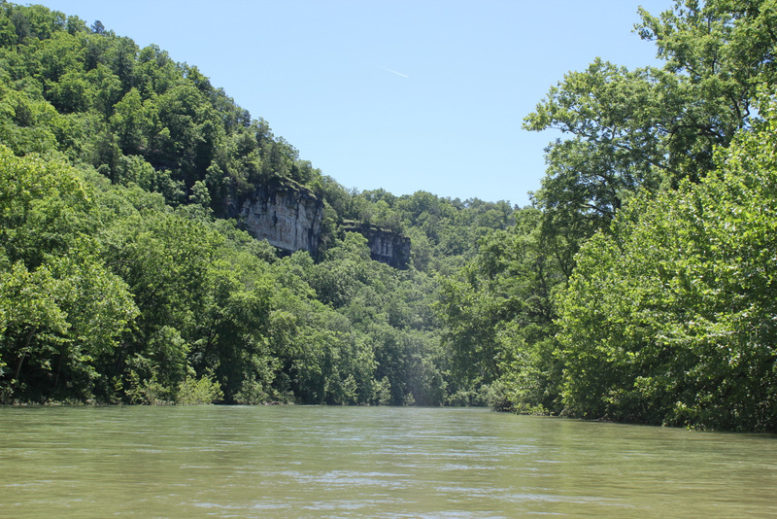 The Jacks Fork was high and so was I–paddler’s high–when we heard the screams for help. Three young innertubers were stranded on the bank. They’d lost everything: tubes, cooler, flipflops and cell phones. Yes, cell phones. On a break from this bank-full stream, we had watched these teenagers depart from the opposite shore. Turned out they made it about a hundred yards before they flipped. We reached them, and one-by-one paddled them back up the hundred yards of roaring Jacks current and deposited them on the shore. My two compadres and I–all experienced paddlers–wondered why young inexperienced kids would try a river that was still pushing hard…and who would let them. It wore us out–Gary, Cork and me–but we delivered them safe, even found their tubes and the cooler about a half mile downstream, pinned by whitewater against a rootwad. Gary waded against the strong current, edging against the trunk of the rootwat to grab what he could loosen. Downriver we returned two tubes and a cell phone to the outfitter, and told them where the rest of the party’s gear was lodged. That night we sat around the campfire, and with every retelling, and every beer, the story grew. I love the Jacks Fork. But dammit, kids–and adults too–when you’re on the river, respect it. It knows more than we know.